Serbia: EFJ denounced the intimidation campaign against its affiliate NUNS 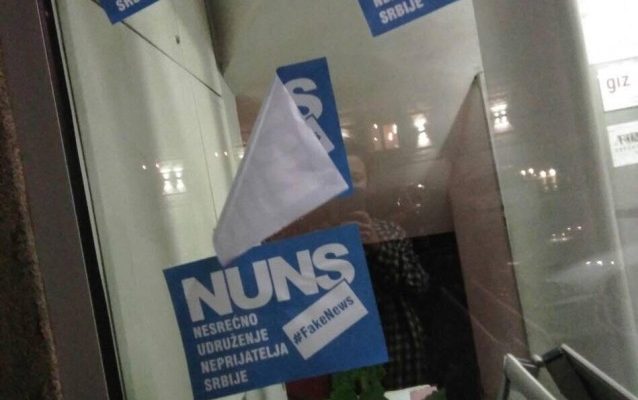 
On 7 February 2018, the European Federation of Journalists (EFJ) denounced on the platform of the Council of Europe for the safety of journalists and protection of journalism the following case:

On two separate occasions (04/02/2018 and 05/02/2018), the Belgrade office of the Independent Journalists Association of Serbia (NUNS or IJAS) has been the target of insults and intimidation with a printed flyer describing IJAS as an “Unhappy Association of Enemies of Serbia”. The flyers were glued into the glass entrance of the House of Journalists where the head office of the Independent Journalists Association of Serbia is located. It is suspected to be a professionally organised hate campaign because the flyers were printed in color, on quality paper, and probably in a larger circulation, in order to be distributed in other public places. The incidents were reported to the police and to the prosecutor’s office which immediately started gathering evidence.