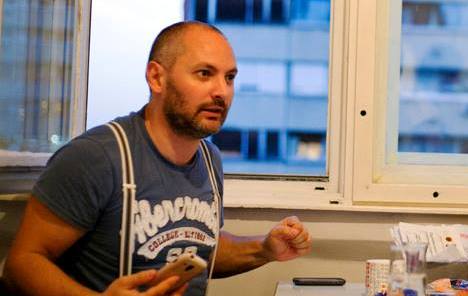 
The European Federation of Journalists (EFJ) is very worried about the deteriorating medical condition of Croatian journalist Domagoj Margetić who has been on hunger strike since 6 September 2018.

Domagoj Margetić is a journalist investigating crime and corruption in Croatia and is editor of „No censorship“ show at TV Mreža. Over the last several years, he has reported many death threats, attacks against his property as well as physical attacks, one of them qualified as attempted murder.

According to the Croatian Journalists’ Association (CJA), Margetić and his family have suffered intensified pressures since August 2018, such as blackmailing and death threats, which triggered his decision to start the hunger strike.

On his Facebook page, he affirmed he reported all the cases to the police. However, none of them have been resolved so far. With this hunger strike, he is now requesting all his complaints to be dealt with: “I have decided that in the next few hours I will think about the beginning of a hunger strike, in order to point the pressures, threats and attacks I face, as well as censorship and blackmail I experience as a research journalist dealing with topics of corruption and organised crime,” he wrote.

Together with its Croatian affiliate, the EFJ is urging the Croatian authorities to closely investigate the numerous cases of threats and intimidation of all kinds Domagoj Margetić is facing, making his work and life impossible. A letter has been sent to the Prime minister, Andrej Plenkovic.