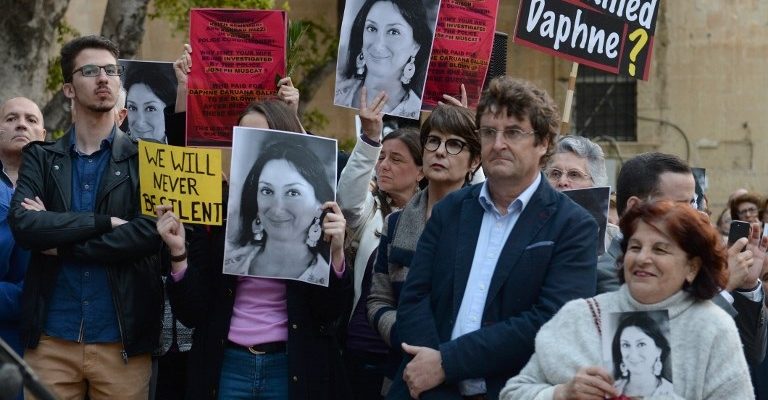 
The European Federation of Journalists and its Italian affiliate FNSI will join a group of international press freedom and freedom of expression organisations from October 15-17 on a mission to Malta. The group will support local civil society actions marking the one-year anniversary of the death of investigative journalist Daphne Caruana Galizia, and conduct fact-finding into the case and broader press freedom issues in the country. The group has requested meetings with government officials, including Prime Minister Joseph Muscat, as well as a wide range of civil society stakeholders.

The EFJ will be represented by Anna Del Freo (FNSI), member of the EFJ Steering Committee.

The mission will publish a joint statement of findings on conclusion, to be presented in a press conference on October 17. Representatives of each organization will be available for comment or interview.

What: A joint mission to mark one year since the assassination of investigative journalist Daphne Caruana Galizia and assess the climate for freedom of the press in Malta.