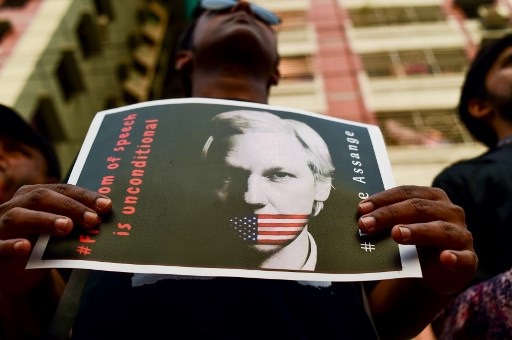 
The International and European Federations of Journalists (IFJ-EFJ) join their Norwegian affiliate Norsk Journalistlag in condemning the US government’s decision to prosecute WikiLeaks co-founder Julian Assange under the Espionage Act.

“Uncovering secret or classified information relevant to the debate in society is at the heart of media’s public mission. By publishing information that powerful stakeholders want to keep undisclosed, media can contribute to keep those in power accountable. It is therefore crucial that the publication of such material lies within the freedom of the media, even when authorities wish to keep the information undisclosed,” says a statement issued today by the executive committee of the Norwegian Union of Journalists.

On 23 May, the US Justice Department announced that it was charging Julian Assange under the Espionage Act, for his connection to the leak of some seven hundred and fifty thousand confidential military and diplomatic documents, in 2010. Wikileaks published classified material that revealed torture, war crimes and murder of journalists committed by US military.

The IFJ and EFJ believe that this indictment would criminalise journalistic inquiry by setting a dangerous precedent that can be abused to prosecute journalists for their role in revealing information in the public interest. By following this logic, anyone who publishes information that the US government deems to be classified could be prosecuted for espionage.

IFJ and EFJ join the Norwegian Union of Journalists in denouncing this attempt to restrict media freedom and to limit the media’s ability to hold powerful players responsible for their actions.

A few weeks ago, the IFJ Executive Committee supported the IFJ Australian affiliate MEAA in its opposition to US moves for the extradition of Julian Assange.