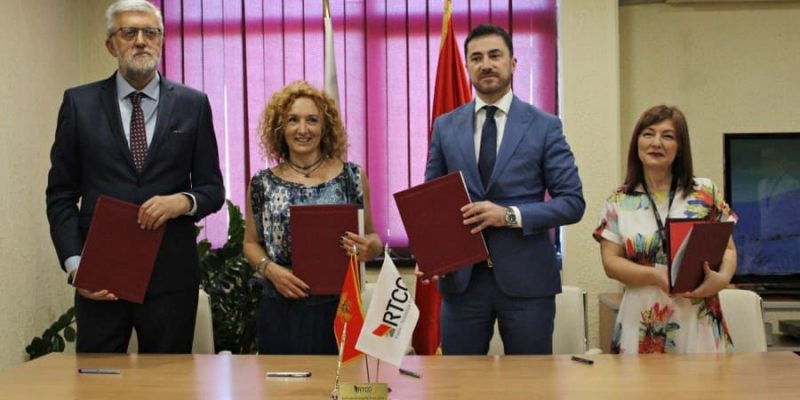 The document was signed by the Minister of culture Aleksandar Bogdanovic, the Managing Director of RTCG Bozidar Sundic, and the representatives of the trade unions Jadranka Drobnjak and Slavica Kruscic. It affects the daily work of more than 700 employees, out of which 300 are members of SMCG.

The agreement is the first step in improving the economic and social situation of RTCG employees in order to fight pressure and discrimination within the public broadcaster. For the first time after more than ten years of stagnation, the trade union has succeeded in obtaining a slight increase of salaries. The lowest wages could be increased by 20% but still remain way below state average. The collective agreement also includes provisions regarding overtime, safety at work, redundancy and monthly compensations of transport costs.

“This is a great day for the workers, who under hard circumstances managed to pull off such great and responsible work”, said Jadranka Drobnjak, adding that they will continue to fight for improving labour rights standards.

“This agreement is an extremely positive signal for the region,” said EFJ General Secretary Ricardo Gutiérrez. “We call on the public broadcasters in the Balkans to follow this example, which improves working conditions and thus guarantees a supply of quality editorial content to the population, while consolidating media pluralism.”

In the follow up of the agreement, a joint commission will be created to monitor compliance with and implementation of the collective agreement and to react to potential violations.