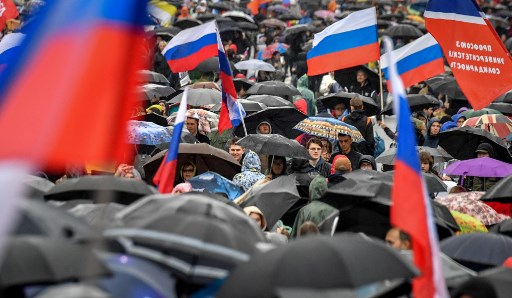 The European Federation of Journalists (EFJ) and a coalition of seven media freedom and journalists’ organisations are calling on Russian authorities to immediately stop the harassment of journalists who have been covering the recent protests in Moscow.

Since the electoral authorities rejected several opposition candidates for September’s city council elections, protesters have taken to the streets of Moscow on four consecutive Saturdays. Russian authorities have responded with threats, violence, and detentions.

Police have detained dozens of reporting journalists in the last few weeks, even after they had shown their accreditation. On 3 August 2019, police detained at least fourteen journalists. One journalist was arrested even after police found his accreditation and editorial assignment when they searched him. He was released shortly afterwards, but subsequently re-arrested and taken to a police station. All eight journalists were released the same day without charge.

Several YouTube channels have been broadcasting the protests live, but on 11 August the Russian communications regulator Roskomnadzor published a statement calling on YouTube to stop “advertising” the demonstrations (see EFJ press release). The regulator said that a failure to respond would be considered “interference in its sovereign affairs” and that Russia would have the right to retaliate.

Several media freedom and journalists’ organisations have filed two alerts with the Council of Europe’s Platform to Promote the Protection of Journalism and Safety of Journalists in relation to Russia’s response to the protests. No reply has so far been received from the Russian Federation.

Russia is not the only country where journalists are under threat in connection with protests. Index on Censorship’s 2018 report Targeting the messenger: Journalists on the frontline of protests highlighted the challenges in European countries.