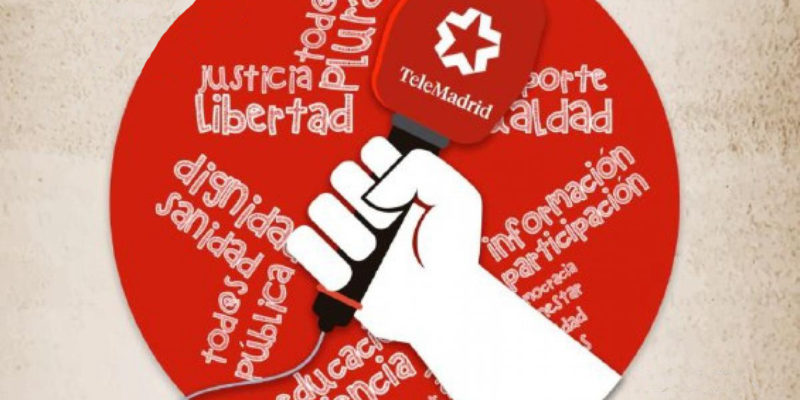 The European and International Federations of Journalists (EFJ and IFJ) join their Spanish affiliate Federación de Servicios a la Ciudadanía de CC.OO. in the call for the defence of Madrid’s public service broadcaster RTVM (Telemadrid and Onda Madrid) from the blocking situation its management is suffering by the regional government.

The Government of the Community of Madrid has not been allowing the replacement of medical leaves for months, it has not yet authorised the broadcasting of women’s sport or second division football matches that have been taking place since 2017, nor has it approved the expense accepted in the Program Contract for the essential technological renovation of the company.

“We stand in solidarity with CCOO and all Telemadrid workers, who are facing permanent attacks from Madrid’s government. The use of public media in a partisan manner and as a weapon of political propaganda is unacceptable”.

“We call on the Madrid regional government to refrain from interfering in the management of RTVM. We are concerned by governments’ attempts to turn public broadcasting into government broadcasting. A genuine public service media requires editorial and operational independence from the State”.

The last decades has been critical for RTVM, with several political interference and the dismissal of 860 people seven years ago. The current situation is causing a serious deterioration of the new scheme initiated in 2015 with the approval of a law to shield Telemadrid and Onda Madrid from political interference. Nevertheless, since the arrival at the new regional presidency, there is an administrative and economic blockade that can lead to the collapse of this new project that is growing year after year, improving its rates and visits in their website.

Therefore, the EFJ stands with CC.OO. and RTVM’s labor union in defending the public broadcasting service of Madrid. A demonstration will take place next Saturday, January 11, at 12 noon, between the Plaza de Jacinto Benavente and Puerta del Sol. In addition, a citizen and social platform will be promoted in the near future to defend the regional radio.