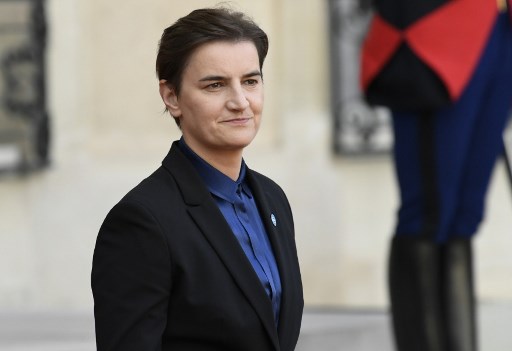 
Serbian Prime Minister, Ana Brnabic, withdrew a planned decree that would have limited the publishing of information related to COVID-19 just to official sources on 2 April. The International and European Federation of Journalists (IFJ and EFJ) welcome the U-turn by the government and urges the authorities to respect the free flow of information and not to arrest journalists for their reports on COVID-19.

The Serbian government had on 28 March passed a decree stating that only the Prime Minister or individuals authorized by the Crisis Management Taskforce could release information about the COVID-19 pandemic. A few days after, the Serbian Prime Minister, Ana Brnabic, announced the dropping of the decree following international pressure, for not giving “an excuse to criticise what Serbia has done” she said.

With Head of @OSCE_Serbia Andrea Orizio, I stressed importance of #AccessToInformation, following #Serbia government decision on public information & #COVID19. Essential to preserve free flow of information on the pandemic, including for local media. See: https://t.co/LsrOkgTWC7

Serbian media workers are going through difficult times. Since the beginning of the pandemic, at least three journalists have been detained and had their equipment seized. Nova.rs journalist Ana Lalic was detained on 1 April and held overnight “for causing panic and unrest” after publishing a story on the poor conditions of the Clinical Center of Vojvodina. Zrenjanin’s KTV crew Daniel Radic and Robert Bajtaiju were detained on 28 March for “violating the measures” announced in the wake of the COVID-19 pandemic. The police still have their equipment.

The IFJ and EFJ expressed deep concerns over the media situation in Serbia and stressed that the government is bound by its obligations under the European Convention on Human Rights, especially with respect to freedom of opinion and expression, and media freedom.

Together with their affiliates in Serbia, SINOS, UNS and NUNS, the IFJ and EFJ urge the Serbian authorities to guarantee a safe environment for journalists to do their job independently and to provide the citizens with free and public interest information at such a critical moment.