In Croatia, journalists’ unions raise the alarm about the COVID-19 impact on journalism 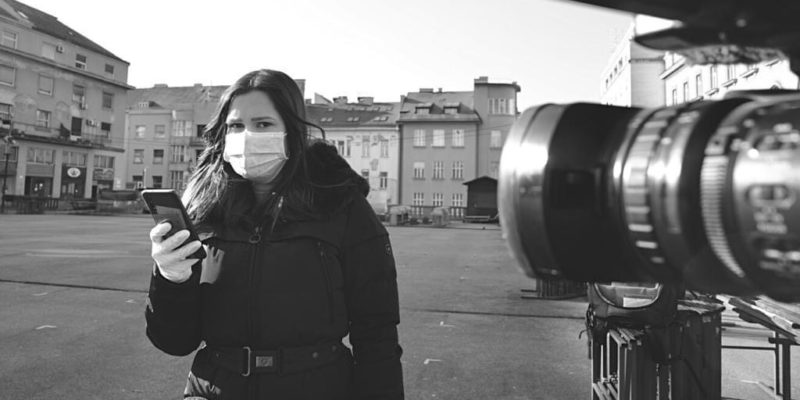 
The Trade Union of Croatian Journalists (TUCJ) and the Croatian Journalists Association (CJA) urged in a letter the government “to save journalism” by taking financial compensation measures for the media sector. If nothing is done, mass layoffs will occur and media will shutdown, they warned. The European Federation of Journalists (EFJ) joined its affiliates in urgently requesting a media recovery plan.

The government didn’t include the media sector in its financial relief packages intended to help the economic activity affected by the pandemic and the earthquake.

“Job losses and pay cuts have already begun. They could eventually lead to a decline in professional media coverage, and in a year’s time Croatia could have a media problem that will be recognized at EU level, such as media systems across the Balkans today. Unfortunately, even the third “package” of Government measures did not cover journalists and the media as a whole; journalism is completely ignored,” wrote Maja Sever and Hrvoje Zovko, President of TUCJ and CJA.

TUCJ and CJA proposed a series of measures to be taken as soon as possible, including:

“Several European governments, including Denmark and Sweden, are taking relief measures to sustain the economy of the media sector. But most have not yet offered specific assistance to the media. Some countries, such as Croatia, have even deliberately refused specific media assistance, which I strongly condemn,” said EFJ General Secretary Ricardo Gutiérrez on 8 April.

In order to raise awareness about the importance of journalism, TUCJ and CJA have launched a social network campaign. It features media workers’ photos showing their everyday life at work during the COVID-19 pandemic. Their message: journalists are our ears and eyes while citizens are required to stay home. Journalists throughout Europe are invited to join the campaign using #StayAtHome.