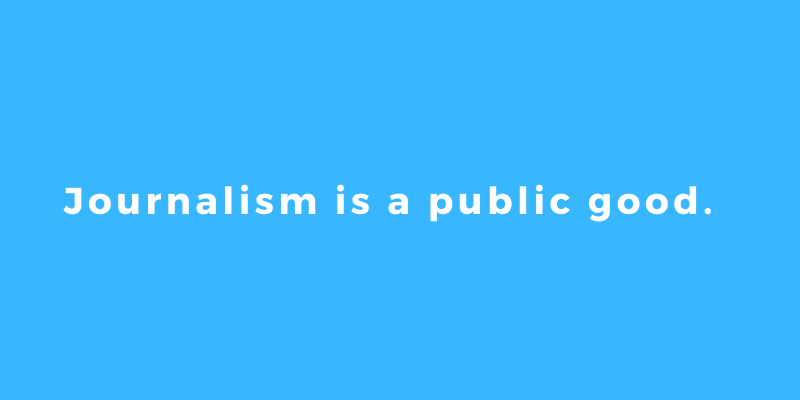 
Journalists and media companies need ambitious packages to effectively face the devastating social and economic impact of the global COVID-19 crisis on the media sector. The European Federation of Journalists (EFJ) published on 8 April its proposals for recovery plans at the European and national levels (in English and French) and presented them to EU Commissioners Véra Jourová (DG Values and Transparency) and Thierry Breton (DG Internal Market).

Journalists’ unions throughout Europe have followed with concrete measures to save journalism not only now, but also into the future.

The different financial packages announced by the Croatian government have not included the media sector so far. The Trade Union of Croatian Journalists (TUCJ) and the Croatian Journalists Association (CJA) urged in a letter “to save journalism” by taking a series of financial compensation measures on the long and medium term. It includes: financial relief for media companies providing that no layoffs or salaries cut will occur; increase in public funding through a Journalism Crisis Fund; tax breaks for citizens who donate or subscribe to media registered in Croatia; support media cooperatives to reduce long-term dependence of the media sector on state aid and market volatility. If nothing is done, mass layoffs will occur and media outlets will shut down, they warned.

The National Union of Journalists (NUJ) has unveiled a series of short and medium term measures, as part of its News Recovery Plan. “Our aim is to create a healthy diverse press, focused squarely on the public good, one that can be sustained now and into the future,” said NUJ General Secretary, Michelle Stanistreet. The proposals include: a windfall tax of 6% on the tech giants; the establishment of a government-funded Journalism Foundation to invest in local news; the creation of a new “asset of community value” status on local newspapers ensuring that titles are preserved for potential community ownership.

The government announced it will support private media which have lost between 30% and 50% of the revenues from ads. They will receive from 60% to 80% of what they lost as compensation from the state. In addition, a deal has been agreed with private media to encourage them to not dismiss their staff. If they don’t, the state will pay 75% of the salary, the employers will pay 25% and the workers will pay the rest by giving up one week’s holiday. In addition, freelancers and self-employed journalists who can justify a loss of more than 30% of their income will receive 75% compensation from the State (no more than 3000€ per month) between 8 March and 8 July.

The government announced a permanent increase of SEK 200 million for the media sector, justified by the fact that more money will be needed to support the industry in the future. Most of it (150 mil) will be used to cover distribution costs and the rest (50 mil) is a special subsidy for media to expand their media coverage. It is not a new “crisis package” but rather a much needed increase in media support. The journalist association welcomed the support, but said more is needed to save jobs as “only” a third of it will help journalists on the ground.

In the latest Corona aid package, the Austrian government has agreed a special media funding of 32 million euros to help the industry get through the crisis. Almost half of this goes to private commercial broadcasters, daily newspapers will receive a total of 12.1 million euros and weekly newspapers 2.7 million euros, according to the circulation figures. However, the Austrian union GPA-djp strongly criticised the circulation criteria and demanded that, in addition to the number of copies, quality should be taken into account as a condition for funding.