Media freedom made in Scandinavia – six examples of best practices 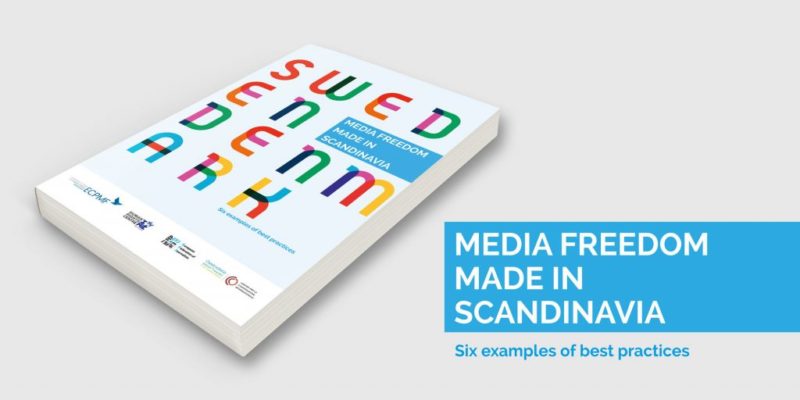 While many European governments use the Covid19 crisis to massively restrict media freedom, the report of a fact-finding mission to Scandinavia shows policies and approaches that can inspire change for the better. Representatives of the European Centre for Press and Media Freedom (ECPMF), the European Federation of Journalists (EFJ) and Osservatorio Balcani e Caucaso Transeuropa (OBCT) visited Denmark and Sweden from 15 to 18 December 2019. They followed the questions: Why does Scandinavia regularly lead the rankings for media freedom? What can governments and media actors in other countries learn and adopt from this region? 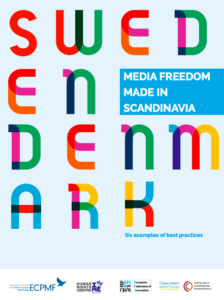 In summarising the report, ECPMF’s managing director, Lutz Kinkel, who was part of the Mission, had this to say: “It is our daily business to monitor violations of press and media freedom, especially during critical periods like the COVID-19 crisis. With this mission we wanted to look at the other side of the coin. The six best practises we found can serve as an inspiration to restore and improve the environment for media freedom and professional journalism after the crisis”.

The main findings of the fact-finding mission include:

Media ownership: Media outlets owned by self-governed foundations with the explicit aim of supporting media freedom and professional journalism are a promising concept and should be supported with the respective legislation.

Journalists’ trade unions: The remarkable density concentration of union membership helps to protect journalists from the volatility of the market. It also fosters media ethics and generates political support for media pluralism.

Media subsidies from the state: Platform-neutral media subsidies based on the “arm’s length principle” are an instrument to support media pluralism. To incorporate the digital transformation they should focus on innovation.

Public Service Media: The trust in public service media derives from editorial independence and a strong dialogue with the audience in each age-group. The Swedish Public Service Television SVT is a good example of how to do it.

Media accountability systems: Self- and co-regulatory frameworks in the media sector are key to support ethical journalism. The Nordic media councils are exemplary because of their composition, independence and transparency.

National legislations: The constitutional, civil and criminal law regarding media freedom helps to avoid defamation cases and thereby encourages investigative journalists, having also a solid right of access to public documents, to hold the elites accountable.

The participants of the mission conducted in depth interviews with a series of experts, including Tine Johansen, President of the Danish Union of Journalists, Mark Blach-Ørsten, Professor of Journalism at Roskilde University, Stig Kirk Ørskov, Chief Executive Officer of JP/Politikens Hus and Mart Ots, Professor at Jönköping University and member of the Swedish Media Subsidies Council.