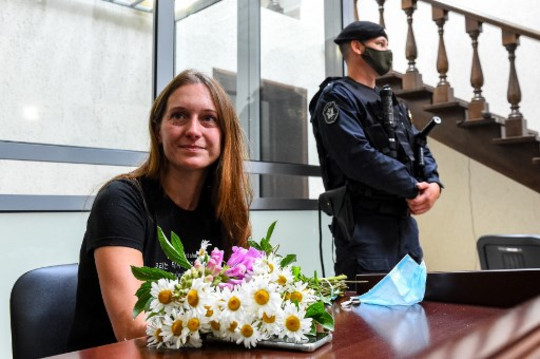 Radio journalist Svetlana Prokopyeva has been found guilty of “justifying terrorism” and fined 500,000 rubles (around 6.000 €) over a column she wrote about a suicide bomb attack targeting the FSB security service in 2018. The International and European Federations of Journalists (IFJ and EFJ) join their affiliate, the Russian Union of Journalists (RUJ), in calling for her complete acquittal.

In November 2018, Radio Free Europe/Radio Liberty (RFE/RL) journalist Svetlana Prokopyeva wrote a column about a suicide bomb attack against a local FSB building, linking it to the repression of political dissent under Putin’s rule. She said her article was merely an attempt to understand “why a young man with his whole life ahead of him decided to kill himself in a criminal act.”

In September 2019, Prokopyeva was charged with publicly justifying terrorism (breaching Article 205.2(2) of the Russian criminal code) over the column. On 6 July 2020, Prokopyeva was found guilty of the charges.

Prosecutors had asked the judge for a six year jail term and to ban Prokopyeva from working as a journalist.

This controversial case has sparked protests at national and international level, including sharp criticism by the RUJ, the IFJ and EFJ.

“Perhaps someone hoped that the industry would breathe a sigh of relief, learning that Svetlana was assigned “just” a fine, and not a jail term. However, the very fact of deciding the journalist’s guilt in justifying terrorism, regardless of what punishment our colleague could face, suggests that this court decision essentially legitimizes the infringement of the journalist’s right to freedom of speech and gives the “green light” to law enforcement agencies to prosecute journalists with impunity for fulfilling their professional duty,” said the RUJ in a statement.

IFJ General Secretary Anthony Bellanger said: “Svetlana Prokopyeva cannot legitimately be found guilty of any crime, just for exercising her freedom of speech and reporting. We condemn this ruling that aims to intimidate Russian journalists and call for Svetlana’s total acquittal“.