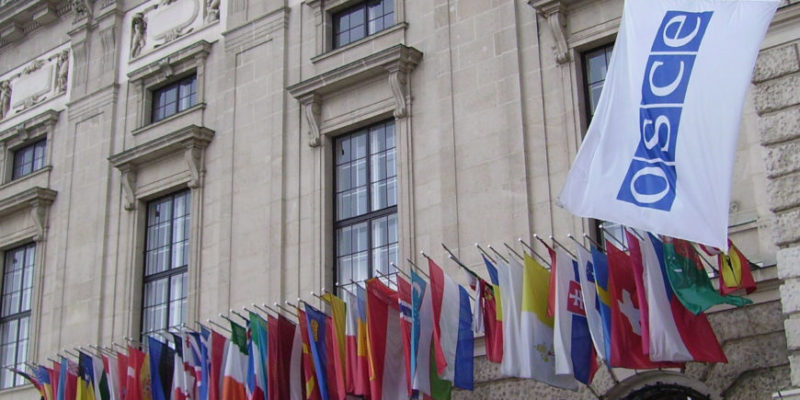 
We, the undersigned organisations, are deeply concerned by the decision of the representatives of Azerbaijan and Tajikistan to block the renewal of the mandate of Harlem Désir, OSCE Representative on Freedom of the Media (RFOM).

We respect the need for a consensus vote of all member states of the OSCE on the mandate renewal as an important commitment of all OSCE participating States to abide by their commitments to freedom of expression and free media. We understand the move by Azerbaijan and Tajikistan is an attempt to weaken the essential watchdog function of the mandate.

Our organisations have worked closely with current and past RFOMs  over the years and supported them in promoting media freedom in the OSCE region. We are looking forward to further collaboration with the mandate which was due to be renewed on 19 July.

The RFOM is a critical institution in safeguarding and promoting media freedom across the OSCE region. In particular, we value assistance that the RFOM provided to the OSCE participating States on relevant issues related to the promotion and protection of the media and freedom of expression and in shaping their policies and legislation in line with international standards and OSCE commitments. We also highlight crucial support that the mandate has been providing to journalists and media organisations and to our own organisations’ mission in defending and promoting press freedom within the OSCE region and beyond.

As the COVID-19 pandemic showed, ensuring media freedom is more important now than ever. We believe that the renewal of his mandate is an important opportunity for OSCE participating States to confirm their commitment to media freedom at a time when it is threatened and pledge further support towards this important mandate.

Therefore, we urge the Governments of Azerbaijan and Tajikistan and all OSCE participating States to uphold their international commitments and to support the renewal of the mandate of Mr Désir before it expires on 19 July.