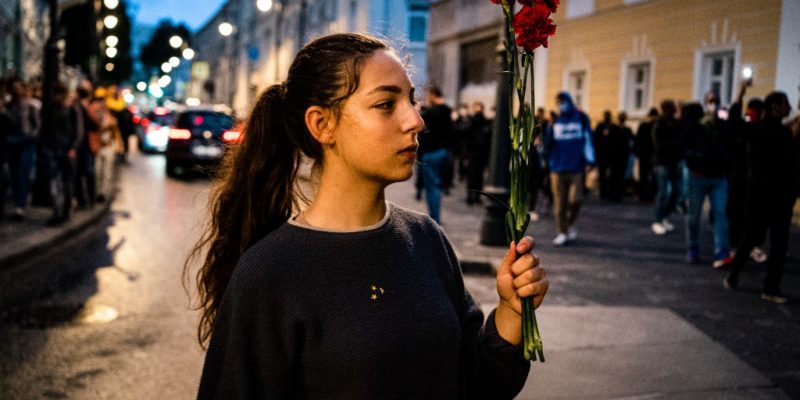 European Union Foreign Affairs ministers agreed Friday to draw up a list of targets in Belarus for a new round of sanctions in response to strongman Alexander Lukashenko’s post-election crackdown. The sanctions will target those responsible for the violence, arrests and fraud in connection with the election. Once the list is finalized, each individual or entity on it will have to be approved unanimously by the EU member states.

We call on Belarusian authorities to stop attacking, detaining and demonising journalists and media workers and work towards meaningful protections for media freedom.

Following the disputed Presidential elections in Belarus, we are deeply concerned by the torrent of attacks on media freedom that have followed. This includes evidence of journalists and media workers being attacked, arrested, detained or disappeared solely for doing their jobs. Democracy is more than free and fair elections alone; a free, open and independent media that report in the public interest and hold power to account guarantees both democracy and democratic processes such as elections.

Between 9 and 11 August, the Belarusian Association of Journalists (BAJ) has monitored at least 84 reports of media freedom violations against 62 Belarusian and foreign journalists or media workers. This includes 68 who have been detained, with 15 at the time of writing, still held in detention; 32 who were beaten, forced into detention or otherwise injured; 3 who were injured due to police attacks on protesters and at least 10 journalists and media workers who experienced threats of violence from security forces, which resulted in physical harm, damage to their journalistic equipment or the confiscation of equipment, including footage captured of the protests and police actions. Since the beginning of the official election campaign on 8 May, BAJ have recorded over 170 violations of media freedom.

It is deeply disturbing that a number of journalists and media workers including Znak.com journalist Nikita Telizhenko, investigative reporter Stas Ivashkevich, Meduza special correspondent Maxim Solopov, as well as Tatyana Belashova, Vladimir Lunev, Elena Shcherbinskaya, and Vitaly Dubik of Belsat, a Warsaw-based independent television channel were detained with their family, colleagues and legal representatives unclear as to their location. While Ivashkevich, Solopov and Telizhenko have subsequently been released, it remains unclear as to the location, status and wellbeing of the other disappeared journalists.

Furthermore, according to Amnesty International and supported by BAJ’s analysis, a significant number of journalists include Usevalad Zarubin, Syarhei Hryts, Nadzeya Buzhan, Uladzislau Barysavich, Pavel Patapau and Ivan Murauyou were attacked or injured as a result of their journalistic work. The nature of these attacks differ. Verified footage shared from across Belarus show journalists and media workers being detained and forced into unmarked vans, with Nasha Niva journalist, Natalya Lubnevskaya, injured during the protests, when she was wounded by a rubber bullet fired by a police officer, which required hospitalisation. While many police officers or state security officers were clad in riot gear, a number were in plain clothes without formal identification when they detained journalists. This gave the appearance of abductions and further intimidated other media professionals and protesters.

This breakdown in due process and transparent policing, alongside the misuse of laws, including “destabilising the situation” to target media professionals entrenches impunity and undermines all principles of accountability. Every act of violence and unlawful detention requires robust, transparent and independent investigation to build public trust and enshrine the rule of law. Without this commitment, the democratic structures in Belarus will be diminished.

Beyond the attacks and detention of journalists and media workers, authorities also undermined the Belarusian peoples’ right to access free and impartial information when they blocked access to the internet, affecting websites and popular apps, including WhatsApp, YouTube, international media outlets and local media watchdogs and associations, including the Belarusian Association of Journalists (BAJ). According to NetBlocks, which tracks net freedom: “Outages increased in severity through the day [9th August] producing an information vacuum as citizens struggled to establish contact with the outside world. The incident continued until Wednesday morning with a recorded duration of 61 hours.” While the authorities blamed this on cyberattacks from foreign agents, a number of external and independent experts have confirmed this as an attempt to restrict public organising and a functioning independent press. Internet shutdowns violate international law, and reinforce the dangers faced by journalists and media workers who, due to the internet restrictions, were unable to reach emergency contacts, family members or their colleagues after being detained, attacked or arrested.

We, the undersigned organisations, urgently call on:

The Coalition For Women In Journalism (CFWIJ)