Takeaways from webinar “Media councils in the digital age: how to regain trust and ethics in journalism” 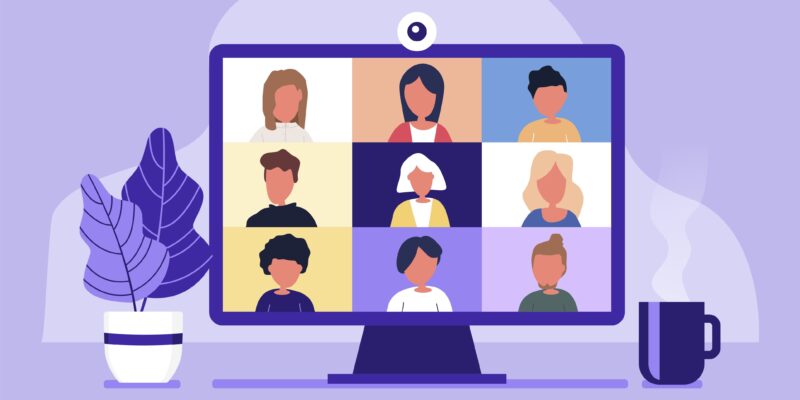 
After a successful year regarding the EU-supported Media Councils projects, the European Federation of Journalists (EFJ) hosted an online webinar on 11 January 2021 to talk about the achievements and the next phase. Three members of the European Parliament, Petra Kammerevert, Ramona Strugariu and Alexandra Geese, Deputy Head of Unit (DG Connect) Audrius Perkauskas and four consortium members discussed and exchanged respective insights and best practices. The EFJ is the coordinating partner bringing together several European press councils and two universities.

Renate Schroeder, Director at the EFJ, moderated the event, which she kicked off by emphasising that self-regulation and press and media councils have not been on the agenda sufficiently when it comes to trust in journalism. Pointing out that there is room for better cooperation with research institutes, she gave the floor to Audrius Perkauskas, Deputy Head of Unit (DG Connect). Perkauskas highlighted the importance of networking to exchange practices and collaborate online. He  wished that  this project will support the establishment of further media councils in countries where none exist yet. “Media councils form an important part of the media freedom and pluralism infrastructure in Europe,” he added.

Alexandra Geese from the Group of the Greens/European Free Alliance, suggested complementing media councils with social media councils made up of civil societies. It is her concern that decisions, such as blocking a president’s social media accounts, should not be made by a CEO of a monopolistic corporation such as Twitter. In order to lessen the problems regarding disinformation, which are directly connected to trust in journalism, Geese strongly insists on banning targeted advertisement of the platforms and for tracking free ads while ensuring the financial viability of future funding of journalism.

Emphasising the importance of media councils, Ramona Strugariu, Vice chair, Renew and a member of the European Parliament’s Media Group, stated that the pandemic has amplified the disinformation crisis and that media literacy tools can help stabilise this difficult situation. “We need to set up a really high bar of ethical standards. Consistent financial support for training is needed to have stronger and more independent media.” Further, she recommended exercising caution regarding the use of automatic tools as these solutions could potentially turn against us.

Petra Kammerevert, Vice chair, Group of the Progressive Alliance of Socialists and Democrats, said that press councils’ “independence and non-governmental organisation are fundamental in order to fulfill their tasks as critical observers”. They also should guarantee plurality and diversity. For this to work, press councils must be embedded within an independent environment. As is widely known, the work of journalists is not getting any easier. Thus, Kammerevert argues that this makes it all the more vital to uphold journalistic standards. To maintain quality and transparently implement citizens’ feedback, digital tools can be a chance to improve press councils’ work as they facilitate participation.

Tying in with the belief that journalistic standards must be adhered to in order to regain trust, EFJ General Secretary Ricardo Gutierrez stated: “We in the EFJ consider the best antidote to disinformation is quality journalism, stronger journalism, ethical journalism, media literacy for all, media pluralism and above all a policy of increased transparency of those in power. Journalists, too, have to be more transparent in their work.”

The ongoing challenges for project partners are:

– helping to restore confidence in the media by pushing them to respect ethical principles;

– helping to create new media councils where they do not yet exist.

Next, Lauri Haapanen, lecturer and researcher at the University of Jyväskylä, shared his research findings on Media Councils and self-regulation in the emerging era of news automation and robot journalism. The report is available here. In short, Haapanen pointed out that news automation is rarely mentioned in ethical codes or in the media market. However, he advises media councils to take the lead before somebody else does. Referring to Amara’s Law, Haapanen considered it applicable that “the effect of technological progress is often overestimated in the short run and underestimated in the long run”.

#OnlineWebinar: @LauriHaapanen just shared his research on what Media Councils should look out for regarding news automation and ethics: #AI #journalism #mediacouncils pic.twitter.com/1DH1Q6LqMa

Panelist Alexander Warzilek, Chairman of the Austrian Press Council, shed light on media literacy as a key factor for strengthening democracy and the credibility of professional media. The toolkit developed by his team is based on nine cases contributed by various European press councils. It also consists of two explanatory videos about discrimination and suicide coverage. He highlighted that these are topics of interest to the youth, and representatives from press councils visit schools to promote the toolkit. It has received positive feedback from other press councils, and there is room for further promotion.

Lastly, David Domingo, from the Department of Information and Communication Sciences, Université Libre de Bruxelles, shared insights from two surveys conducted as part of the project. He delved into journalists’ and media council members’ knowledge of  code of ethics and whether they are adapted to respond to ethical challenges arising from digitalisation. His second project, “Young Journalists and their Ethical Challenges and Perceptions”, focused on journalism students in French-speaking Belgium who recently finished an internship in a newsroom. It found that students blur the boundaries between deontology and ethics, but understand the complexities embedded in negotiations, or the application of deontology in a professional context. The study also investigated key areas of tension and students’ critical judgments of professional media.

A vivid Q&A session ensued, tackling inquiries such as what could be criteria to prove press councils’ independence. Pieter Knapen, Ombudsman of the Belgian Journalism Council, based his answers on interviews of representatives of 28 organisations on practices and regulations used in daily work: “You have to prove your independence by your daily work, the decisions you take.” Transparency is very important to explain how decisions were reached. Other questions like the definition of journalists’ content in social media and what to do when independent media councils face hostile governments show the need for further debate and research.

The recording of the webinar can be viewed here.

This event took place within the framework of the pilot project “Media Councils in the Digital Age”, funded by the European Commission (DG CONNECT) and led by a European consortium bringing together several European press councils (Austria (OP), Germany (TDP), Ireland (PCI), Belgium (RVDJ and CDJ), Finland (JSN)), two universities (ULB in Belgium and Ramon LLull-Blanquerna in Spain) coordinated by the European Federation of Journalists (EFJ).