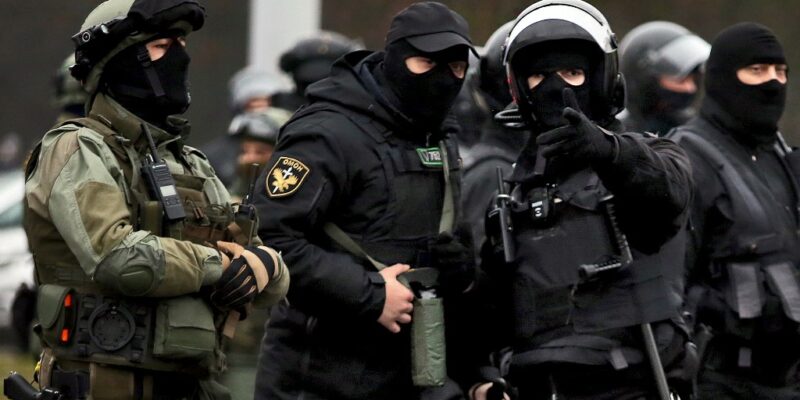 The 2021 Ice Hockey World Championship will be played in Minsk (Belarus), but the event should be held in an environment conducive to media freedom. Here is our open letter to International Ice Hockey Federation President René Fasel.

We, the undersigned press freedom and journalists’ organisations, are writing to express our deepest concern about the organisation of the 2021 Ice Hockey World Championship in Minsk, the city in Belarus which has become a centre of unspeakable repression, human suffering and human rights abuses. We welcome the statements from the Ice Hockey Championship participating countries, raising concerns over the decision to hold the event in Belarus. The event of this kind should be organised in an environment conducive to media freedom so that the journalists from around the world, and most importantly, the host country, are able to freely report on the championship and the context around it.

As the organisations, supporting journalists and writers who, among other topics, cover major sporting events around the globe, we would like to express our concern that the host country for the World Championship, Belarus, has engaged in engrigeous press freedom abuses, as documented by a large number of the authoritative sources, including the UN, the Organisation for Security and Cooperation in Europe (OSCE), the Council of Europe (CoE) and the EU External Action Service (EEAS). The appalling press freedom record combined with the frantic, violent crackdown against the peaceful dissent are against the spirit of arranging international sports events for a wide audience.

Against this factual background, we call on the International Ice Hockey Federation (IIHF) to reverse its decision to hold the Ice Hockey World Championship in Belarus, and communicate publicly that the reason for such cancelation would be the hostile environment against media and any form of dissent.

We urge you to show robust leadership to ensure that the involvement of the IIHF in the World Championship does not result in a tacit endorsement of the Belarusian regime’s brutal crackdown on free expression. The experience of previous international public events organised by Belarus, such as the 2014 World Ice Hockey Championship, strongly indicates that Lukashenko’s regime will seek to use the IIHF event to whitewash its tremendous human rights crackdown.

Repressions against peaceful demonstrators, including athletes, makes such events immoral and contrary to the principles of sports(wo)manship. Several prominent Belarusian athletes were jailed for taking part in protests. Others lost their state jobs or were kicked off national teams.

The environment in Belarus has further become increasingly repressive for journalists. Media are strictly controlled by the government, leaving few independent sources of news and information. In the year 2020, journalists spent 1,200 days behind bars, simply for doing their jobs. There were, in the year 2020, more than 540 violations of journalists’ rights, committed by representatives of the authorities, according to the Belarusian Association of Journalists.

Our organisations — just like authoritative international organisations, politicians and civil society — have repeatedly called on the Belarusian government to put an end to the unspeakable repression against media and peaceful dissent in Belarus. We invite you to join our call for the immediate and unconditional release of journalists and media workers languishing behind bars for exercising their right to freedom of expression. Currently, there are 178 people in Belarus considered as political prisoners, according to Viasna, among them several journalists and media workers.

We urge the IIHF to use its leverage to make this same demand of the government, and to make clear that its crackdown on press freedom and free expression is unacceptable and antithetical to the spirit of international sports law.

We also urge the IIHF to request that the government of Belarus to take concrete steps to ensure greater respect for press freedoms, including the release of the unjustly imprisoned journalists. We ask you to reach out to Lukashenka and strongly urge him to take immediate action to ensure that human rights principles are respected in relation to the pursuit of the World Championship, and that the rights of the journalists are vindicated.

As organisations, supporting writers and journalists who cover major sporting events such as the World Championship, we understand that the IIHF must remain politically neutral. In this case we are asking that you uphold the fundamental human rights principles implied by international law and to take a final decision to cancel the event in Minsk.