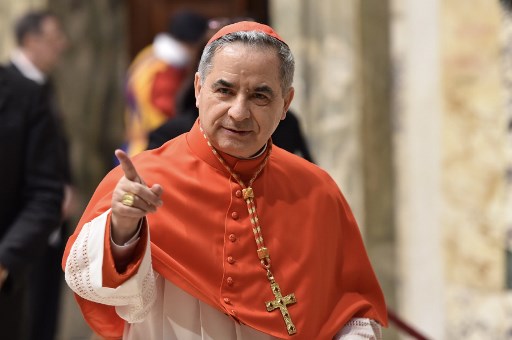 
The European Federation of Journalists (EFJ) joins partners of the Media Freedom Rapid Response (MFRR) to express serious concern over the €10 million euro lawsuit launched against Italian news magazine L’Espresso by a former Vatican Cardinal over its reporting on his alleged involvement in a corruption scandal involving the use of Holy See funds.

The lawsuit hinges on a report L’Espresso published on 24 September 2020 which broke the news that investigations by the Italian Finance Police had implicated the cardinal in the embezzlement of €100,000 of Vatican money to a charity organisation controlled by his brother in the Cardinal Angelo Becciu’s home diocese of Ozieri in Sardinia. At the time of the transfer, Becciu was the second highest official in the Vatican secretariat of state.

Later that day, the allegations of financial misdeeds were presented to Becciu by the Pope in a private meeting, forcing him to step down as the prefect of the Vatican’s saint-making office. On 18 November, a 74-page lawsuit was filed against L’Espresso in Sardinia, describing the report as “slanderous and defamatory”.

The MFRR believes this case illustrates the serious flaws in Italy’s civil defamation laws, which do not provide safeguards against abuse and can be easily instrumentalised to retaliate against legitimate journalistic investigations.