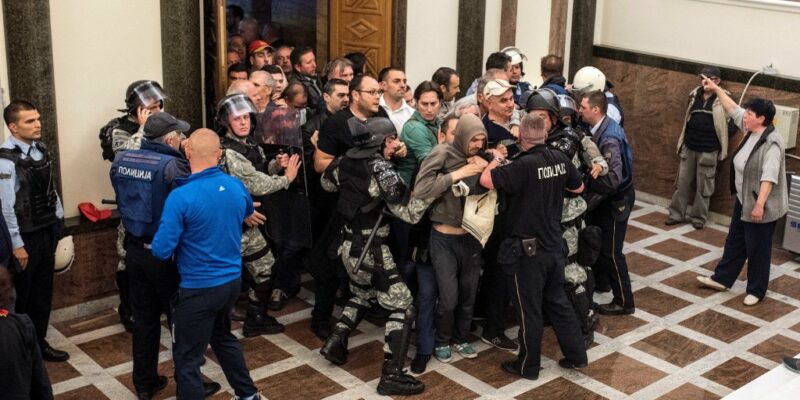 On 27 April 2017, during protest in Skopje, which later resulted in the storming of the Parliament building by nationalist demonstrators, a total of 21 journalists were threatened or barred from reporting at the scene. One of them, Goran Trpenovski, was dismissed yesterday by the Civil Court in Skopje, which did not recognise his status as a journalist. The European Federation of Journalists (EFJ) and its affiliate AJM/ZNM challenge the interpretation of the Macedonian court and call on it to review its decision.

Goran Trpenovski covered the events of 27 April 2017 for the online media Sakamdakazham (sdk.mk). He was threatened and decided to sue for obstruction of the right to access information and for psychological damage. Yesterday, in her verdict, judge Jovanka Spirovska Paneva explains that at the time Trpenovski was not a journalist because he worked for the online media sdk.mk, which according to the Media Law is not considered a media outlet. Furthermore, in this verdict, the court does not recognise the right to information as a constitutional right.

The EFJ and AJM believe that the verdict violates European legal standards of press freedom as defined by the European Court of Human Rights. The verdict also violates the case law of the Macedonian Court of Appeal which confirmed that professionals working for online media should not be denied the title of journalist.

The EFJ joins its affiliate AJM in demanding a review of this ruling, which violates press freedom.