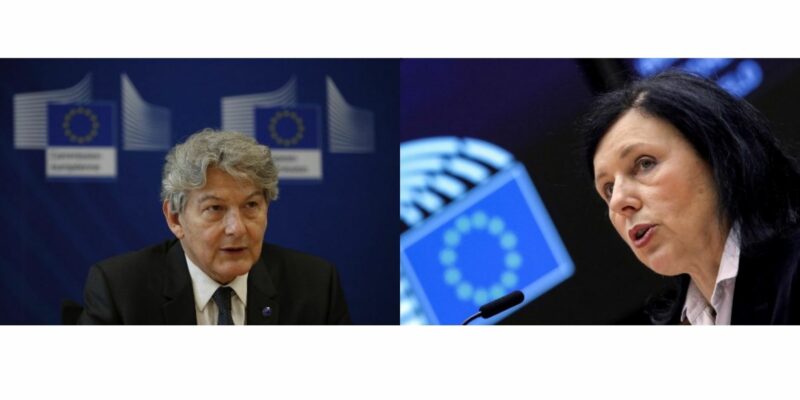 In recent years, we have witnessed the staggering politicisation of the media in a small but growing number of member states where governments have abused regulatory, economic and legislative powers to punish critical media, increase control over public service media and promote government cheerleaders controlled directly or indirectly through party loyalists.

Besides more assertive use of the means already at the disposal of the EU institutions, we consider there is indeed a pressing need for the development of new mechanisms that can “increase transparency, independence and accountability around actions affecting control and freedom of the press,” as stated by Commissioner Breton in the European Parliament. In particular, EU law should consider media not simply as economic actors, but recognise independent journalism as a public good that needs protecting in its own right.

The current lack of such tools has meant that too often, the EU remains on the sidelines as supposedly independent but effectively politically-controlled bodies in member states make or validate decisions that restrict media freedom and pluralism.

Effective action against this systemic political capture of the media will require both robust tools that empower the EU, and the political courage to deploy them. We call on the European institutions to be ambitious in this regard. During the drafting process, they should consult frequently with journalists’ unions and associations and civil society organisations operating both locally and on a European level, to ensure the resulting mechanism is an effective tool capable of addressing the progressive undermining of media freedom in affected member states. We stand ready to contribute to this initiative.