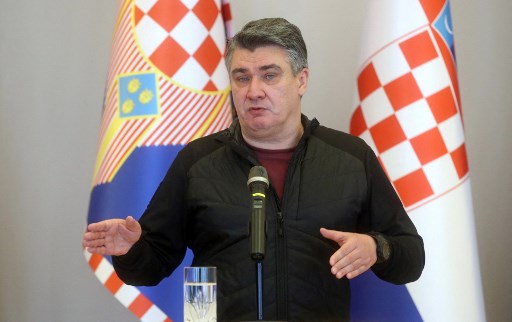 Milanovic was on an official trip to participate in the session of the City Council of Split when he gave a statement to the media, which soon escalated into an argument with HRT journalists over the choice of guests in another HRT show in the capital.

“Your colleague [Togonal] is an average trickster,” Milanovic told HRT Ivana Silovic in front of her colleagues. As reported by Balkan Insight, the President then added: “You are usurping space, let [us hear from] other television stations … You are mercenaries of one [political] option, that’s a disgrace”, insinuating that HRT is under the influence of the ruling centre-right Croatian Democratic Union, HDZ. “Do not be in solidarity with HRT, these journalists are the only ones who know that they will receive a salary,” Milanovic told the other journalists present.

The two Croatian journalists’ organisations, SNH and HND, reacted in a statement condemning the attack and pointed out the persistent issues of Croatian public radio and television:

“Journalists at the Croatian Radio and Television do their job honestly and responsibly. Most of them are underpaid, with a salary below the Croatian average. They are not responsible for the editorial policy of people who are mostly appointed in accordance with the governing structures. Nor are they responsible for the attitude of many governments, including that of the incumbent President Zoran Milanovic, who have not provided a legal framework for strengthening and guaranteeing the independence of the public service.”

The lack of independence of HRT has been denounced in the past by the journalists’ organisations at national and European level.

Last year in October 2020, the EFJ urgedZoran Milanovic to stop calling out the media and journalists after he publicly insulted several media outlets and journalists in ad hominem attacks.

“It seems we need to remind again the President of Croatia, as a head of state, of his duty to respect media professionals and contribute ensure a safe working environment for journalists in Croatia,” said EFJ General Secretary Ricardo Gutiérrez.