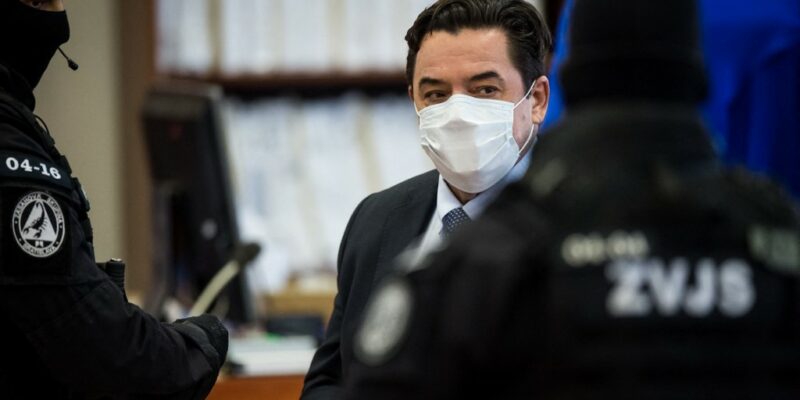 
Today, June 15, the Slovak Supreme Court is expected to rule on the appeal brought by prosecutors against last summer’s not guilty verdict in the murder of journalist Ján Kuciak and his fiancée, Martina Kušnírová.

The European Federation of Journalists (EFJ), the International Press Institute (IPI), the European Centre for Press and Media Freedom (ECPMF) and ARTICLE 19, as part of the Media Freedom Rapid Response (MFRR) urge the Supreme Court to carefully and exhaustively examine all available evidence in the case.

IPI Deputy Director Scott Griffen will attend the hearing in Bratislava on behalf of IPI and the MFRR.

Controversial businessman Marian Kočner and a confidante, Alena Zsuzsová, were acquitted last summer of ordering Kuciak’s murder in February 2018. The Specialized Criminal Court in Pezinok, Slovakia, found that there was not enough evidence to rule conclusively that Kočner had ordered the hit.

The ruling was a tremendous setback for the fight against impunity in a case that gripped Slovak society, not least due to Kočner’s links to Slovakia’s political, judicial and security elite. The aftermath of the murder led to the resignation of top political figures, including former Prime Minister Robert Fico.

Three people have already been convicted in the case: gunman Miroslav Marček; getaway driver Tomáš Szabó; and middleman Zoltán Andruskó, who served as a key prosecution witness against Kočner and Zsuzsová. This outcome mirrors a global pattern: while hitmen are sometimes sentenced in journalist murder cases, the masterminds are almost never held to account.

Slovak prosecutors believed they had sufficient circumstantial evidence against Kočner and Zsuzsová to buck that trend. The Specialized Criminal Court disagreed, and the appeals case is focused in part on whether the judges sufficiently interpreted cryptic messages between Kočner and Zsuzsová that prosecutors say referred to the murder. Around 10 pieces of new evidence have also been introduced, including heart rate monitoring data from Zsuzsová’s phone.

There will be much at stake when the Supreme Court rules today. Three journalists have been murdered in the EU since 2017; in addition to Kuciak, Daphne Caruana Galizia was murdered in a car bombing in Malta in 2017, while Greek reporter Giorgos Karaivaz was shot dead earlier this year. In none of the three cases has full justice been achieved, an unacceptable outcome that endangers journalists across Europe.

The Supreme Court can either confirm the Special Criminal Court’s decision or send the case back to be heard again. Regardless of the court’s decision, the MFRR partners underscore that the fight for justice does not end today. Slovakia’s institutions cannot rest until the masterminds behind the murder of Ján Kuciak and Martina Kušnírová are behind bars.