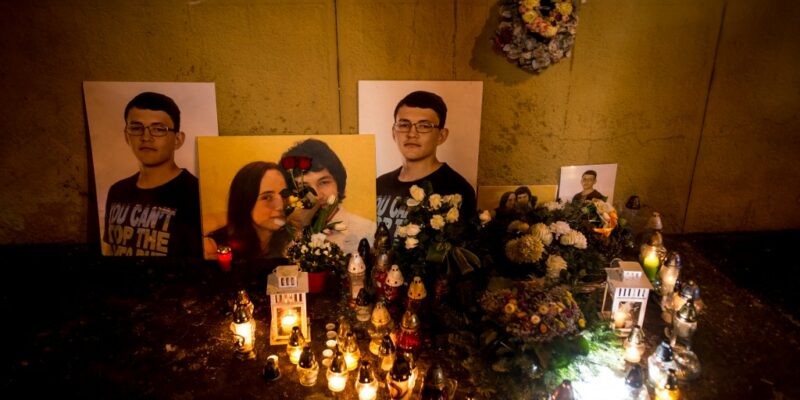 
Today, on 15 June, the Slovak Supreme Court ruled on the appeal brought by prosecutors against last summer’s not guilty verdict in the murder of investigative journalist Ján Kuciak and his fiancée, Martina Kušnírová. The European Federation of Journalists (EFJ) welcomes the Supreme Court’s decision to remand the case back for a retrial and expects careful examination of all evidence in the case and to finally end impunity.

Last summer, the controversial businessman Marian Kočner and a confidante, Alena Zsuzsová, were acquitted of ordering Kuciak’s murder in February 2018. The Specialized Criminal Court in Pezinok, Slovakia, found that there was not enough evidence to rule conclusively that Kočner had ordered the killing. The three people who did get convicted were gunman Miroslav Marček, getaway driver Tomáš Szabó and middleman Zoltán Andruskó. This outcome proved again that masterminds are almost never held to account and hitmen are sometimes sentenced in journalist murder cases.

The prosecution appealed the verdict, which was a tremendous setback for the fight against impunity and reshaped the political landscape in Slovakia.

Today, the Supreme Court reviewed the prosecutions’ new evidence request, including a new expert testimony on cryptic messages Kočner and Zsuzsova exchanged as well as data on Zsuzsova’s heartbeat. In the late afternoon, the Supreme Courtoverturned the innocence of Marian Kočner and Alena Zsuzsová and ordered the Specialised Criminal Court to reconsider the case. This comes as a huge relief to the families who were devastated by last summer’s ruling.

The Supreme Court also criticised the initial verdict for failing to consider all evidence and circumstances in the case, which it said resulted in an incorrect result, namely acquittal. The Specialised Criminal Court was also asked to send the case back to a different panel of judges than the one that decided originally.

“We are pleased about the Supreme Court’s decision and are hopeful that, this time, the masterminds behind Ján Kuciak’s murder will finally be held fully accountable. Impunity for attacks and murders against journalists must end,” said the EFJ General Secretary Ricardo Gutiérrez.