Turkey: Open letter urges the European Council to strengthen its commitment to human rights in the EU-Turkey relations 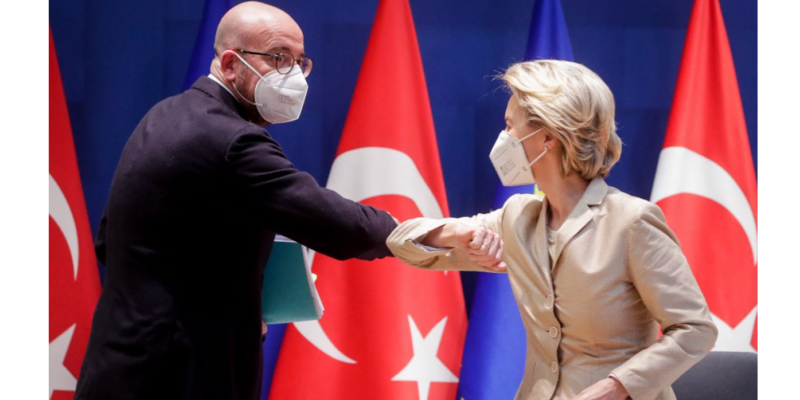 His Excellency Mr. Charles Michel
President of the European Council

In advance of the forthcoming European Council Summit Meeting of 24 – 25 June, we, the undersigned press freedom, freedom of expression and human rights organisations are writing to you once again to urge the European Council to strengthen its commitment to fundamental rights and the rule of law in the European Union’s relations to Turkey.

Rule of law and fundamental rights remain a key concern. The targeting of political parties and media and other recent decisions represent major setbacks for human rights and run counter to Turkey’s obligations to respect democracy, the rule of law and women’s rights. Dialogue on such issues remains an integral part of the EU-Turkey relationship.

And in June, a letter on your behalf addressed to the International Press Institute reaffirmed the Council’s commitment to the rule of law and fundamental rights and further elaborated that ‘the Union continues to remind Turkey of its obligations and urges it to act accordingly.’

While the restatement of the EU’s commitments are welcome, more robust action is needed to address Turkey’s backsliding on human rights.

Since the March Council meeting and the April meeting with President Erdoğan, the human rights situation on the ground has deteriorated further. Turkey blatantly refuses to implement calls of the European Court of Human Rights (ECtHR) to release human rights defender Osman Kavala and Kurdish politician Selahattin Demirtaş. A closure case against the Peoples’ Democratic party (HDP) on top of the trial of dozens of its politicians for their political speeches and tweets shows how the criminal justice system is used as a cudgel against the elected parliamentary opposition. A gunman’s attack on the HDP office in Izmir and murder of a young woman in the building while the police were on duty outside now also raises fresh and concerning threats of violence.

Many of these latest developments should not come as a surprise. The European Commission’s progress reports provide detailed coverage of the extent of the human rights crisis in the country.

The European Parliament has consistently condemned Turkey’s press freedom and human rights record and, in its report of 19 May 2021, called on the Council to introduce human rights and the rule of law as key criteria in the development of EU-Turkey relations in order to end the backsliding of fundamental freedoms.

All efforts to engage with Turkey on other broader geopolitical issues, including solving the crisis in the Eastern Mediterranean, must be balanced with addressing the ongoing deterioration of the rule of law and protection of fundamental rights.

We thank you in advance for considering our requests.