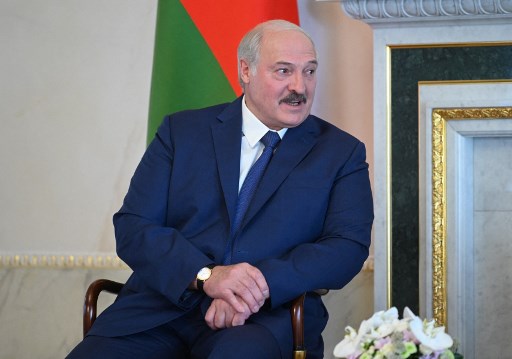 The raids and detentions conducted by Belarusian authorities on independent media outlets, human rights organizations and think tanks are a harsh escalation of attacks against human rights activists and independent journalists in Belarus.

The undersigned organisations condemn the government of Aliaksandr Lukashenka’s relentless crackdown on these groups and demand that Belarusian authorities cease their raids on press and rights organizations and release all those detained. The raids, which started on the 8th and culminated on the 14th of July are yet another escalation in an ongoing repression campaign undertaken by the Belarusian authorities to eliminate civil society in Belarus. The day before the raids Lukashenka promised to “deal with” NGOs he claims instigate unrest in the country.

Over a dozen raids were carried out by Belarusian security forces the morning of 14 July, affecting individuals who are members or leaders of civic organizations including Viasna, Lawtrend, the Association of the World’s Belarusians Batskaushchyna (“Homeland”), the IMENA project, the Territory of Rights group, the Union of Belarusian Writers, the Movement “For Freedom”, the Belarusian Association of Journalists, the Belarusian Helsinki Committee, the Belarusian Schools Association, the Human Constanta in Brest, the Polatsk Human Rights Association, Leu Sapieha Foundation, “Third Sector”, and the offices of the Belarusian People’s Front Party, the BEROC Centre for Economic Research, NOVAK sociological laboratory and the human rights organization Gender Perspectives, as well as the apartment of the director of SYMPA.

This flagrant action against civil society and independent media in Belarus is a gross violation of the fundamental human rights to freedom of expression and association, and to freedom of the press, and must cease immediately. The international community must speak with a unified voice against Lukashenka’s attacks on civil society by condemning these disturbing raids, calling for the release of journalists and activists, and holding accountable the Belarusian politicians and security forces who are responsible for these abuses.

As members of civil society across the globe, we, the undersigned, demand the immediate and unconditional release of all detained or imprisoned journalists and activists and an end to raids, detentions, harassment, and attacks on journalists, artists, activists, and all those exercising their right to freedom of expression and association.