Urgent: Belarusian Ministry of Justice wants to liquidate the Belarusian Association of Journalists 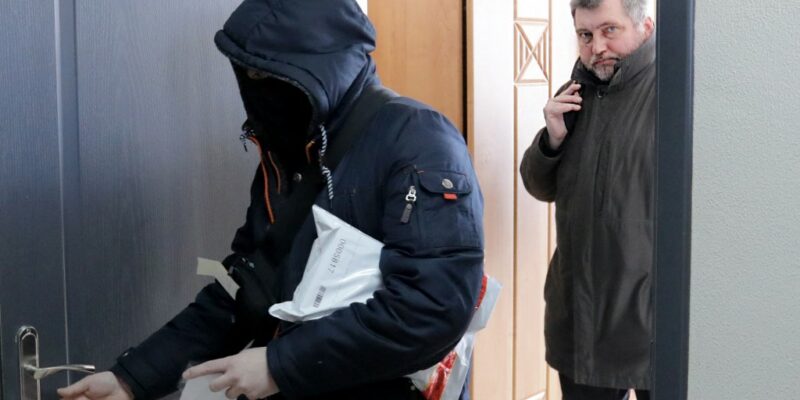 In an unprecedented attack on the independent representative organisation of journalists in Belarus, the Belarusain Association of Journalists (BAJ), the Belarusian Ministry of Justice has filed a lawsuit with the Supreme Court to liquidate BAJ. The issue was reported on Wednesday by BAJ.

BAJ is accused of violating the legislation on associations. The Ministry of Justice suspects irregularities in rental contracts related to BAJ’s regional branches. If the ministry’s request is not answered within the three-day deadline, BAJ could be dissolved by a court decision of the Supreme Court.

“This is an ambush! A real trap is closing in on BAJ,” said EFJ President Mogens Blicher Bjerregård. “The Ministry of Justice is demanding documents from BAJ even though the organisation is no longer allowed access to its offices. The Lukashenko regime has organised the irregular situation that will give it the pretext to liquidate the organisation. We call on the international community to react!”.

“What is happening in Belarus is very serious,” added EFJ General Secretary Ricardo Gutiérrez. “We call on all journalists in Europe and all EFJ-affiliated journalists’ organisations to denounce to their governments this unprecedented attack. The EFJ also calls on international organisations, the European Union, the Council of Europe and the Organisation for Security and Co-operation in Europe to react vigorously. We cannot stand by and watch the dismantling of the only professional organisation defending ethical, free and independent journalism in Belarus!”

BAJ is the only independent representative organisation of journalists in the country. It has 1,200 members and is a full member of the EFJ, which calls on its affiliates to mobilise by alerting their governments.