Report: Good practices and recommendations to counter political interference in the media 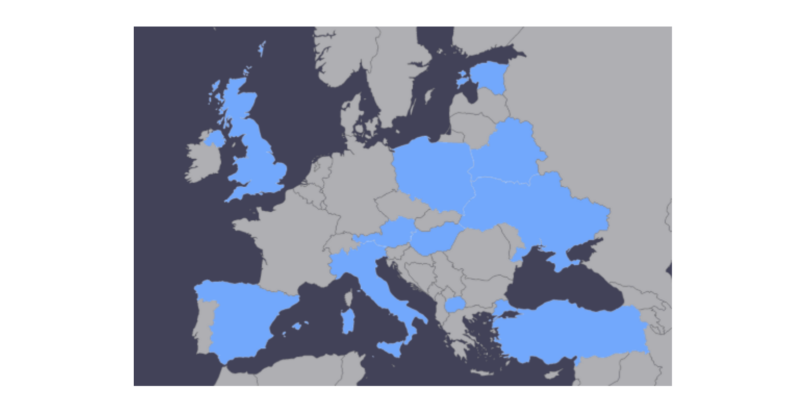 
The final report on “Building independent media to counter political interference”, authored by Marc Gruber, was published by the European Federation of Journalists (EFJ) and funded by the Open Society Foundations (OSF). The report provides an overview of different threats to independent media in Europe and shares good practices and recommendations for an advocacy action plan. Below, a summary of the main points.

Serving as the basis for this report are data collected through questionnaires circulated to EFJ affiliates, telephone interviews and EFJ activities, such as a series of webinars on the same topic. The participating countries, which are representative of the range of geopolitical situations across Europe, are Turkey, Estonia, Belarus, Ukraine, Hungary, Poland, North Macedonia, Austria, Italy, Spain and the UK.

The report found that interference in and pressures on public service media are by far the most worrying threats reported by organisations that responded to the questionnaire. Such interference or pressure range from public accusations against critical journalists or channels (e.g. Estonia) over refusing interviews (e.g. UK) and questionable distribution of the budget of state advertisement (e.g. Austria) to politically-motivated criteria for nominating governing bodies (e.g. Italy, Poland).

According to the Hungarian Press Union, the situation of political control in Hungary has – sadly – become “legendary”, given recent reports that showed emails requiring journalists to request permission from higher up before writing about certain topics and avoiding sources such as Amnesty International. An estimated 80% of media outlets across the country are now pro-government. The estimated percentage of pro-government media control is even higher in countries such as Belarus, where the only independent media outlets are either online or cable and satellite channels, or Turkey.

Further, journalists and media across Europe are regularly victims of targeted attacks and threats. In recent years the number of SLAPPs (Strategic Lawsuits Against Public Participation) has dramatically increased, posing a threat to the media and democracy at large by intimidating and silencing journalists through lengthy and expensive litigation procedures. More “classical” harassment and attacks continue and even seem to be increasing due to the rise of populist movements across Europe.

Some states, such as Turkey, also maintain a hostile legal environment with excessive or arbitrary anti-terrorist and anti-crime legislation. For instance, Turkish authorities repeatedly target the newspaper Cumhuriyet, whose journalists are regularly harassed, accused of “assisting a terrorist organisation”, arrested and imprisoned. Also, delays or exemptions to Freedom of Information requests were reported as a major legal threat, for instance in the UK.

“The fight against undue pressure and for editorial independence can be carried out in various ways, according to the situation in the country in question. Where the legal framework is guaranteed and where journalists are well organised, strong self-regulation is the most important thing to organise. But in more challenging places, journalists need to become activists and to reach out to other groups in society,” the report reads.

Examples of such activism are found in the UK, where the NUJ started the “Hands Off Our BBC” campaign, or in Spain, where the Platform for the Defence of Free Expression (Plataforma en Defensa de la Libertad de Información, PDLI), unites journalists, lawyers, publishers, social movements and consumer advocates, to campaign against political pressures on the media.

Notably, various countries were found to have similar demands. Public service media are a joint concern: journalists are asking for depoliticisation of public service media management; more involvement of civil society; secure financing outside the “patronage” of a Ministry; and strong and clear procedures against members of the board in case of intimidation, harassment or threats based on political grounds.

Campaigns to support journalists and show solidarity have also been performed across Europe. Concerning Belarus, the EFJ has been organising such campaigns particularly since the elections of August 2020 and the massive crackdown on critical journalists and organisations.

New journalists’ initiatives as an alternative to politicised media have been launched in countries such as Hungary (Telex, Direkt36), Turkey (Journo) or Poland (Radio Nowy Swiat). Such initiatives are founded by experienced journalists and financed through crowdfunding, monthly payments by “patrons” or support by the European Union.

In order to confront political pressures, it was found that knowledge exchange, solidarity and support are important for journalists’ organisations, although the specific needs differ from country to country. There are also high expectations of European institutions and states: these must enforce
the standards and values to which they are officially committed. The European Broadcasting Union (EBU) was also asked to react more firmly in cases of blatant violation of the independence of public service media, especially in EU member states such as Hungary and Poland.

Recommendations concerning the defence of independent journalism in general include:

The full list of recommendations and the calls on national authorities, European/international organisations and civil society organisations can be found here (p. 24-27).

This report is part of the “Building independent media to counter political interference” project. The EFJ also organised a series of webinars on the same topic in April 2021, for which a summary can be read here.