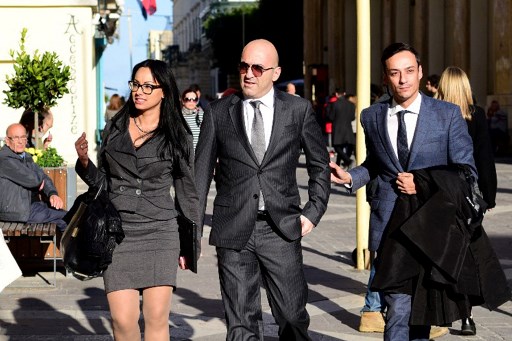 
Yorgen Fenech, a Maltese business mogul, has been indicted for the murder of anti-corruption journalist Daphne Caruana Galizia in 2017 and will face a trial by jury on a date yet to be set. Fenech faces charges of complicity in murder and criminal association. So far, Vince Muscat has been sentenced to 15 years in prison after pleading guilty to the murder earlier this year. Two further alleged hitmen, the brothers George and Alfred Degiorgio will also face trial. The European Federation of Journalists (EFJ) welcomes Fenech’s indictment and urges the Maltese authorities to finally end impunity and punish everyone involved in this heinous crime.

Almost four years have passed since Daphne Caruana Galizia was murdered in a car bombing on 16 October 2017 close to her home in northern Malta. Her reporting focused on high-level corruption, including investigations into the Panama Papers in 2016. She was investigating possible corruption in a contract between Fenech and the Maltese government for the building of a power station when she was killed.

While Vince Muscat, one of the hitmen contracted for the murder, has been sentenced to prison, Yorgen Fenech is considered the mastermind behind the murder by Caruana’s family. On 20 November 2019, Fenech was arrested while he was leaving Malta on his private yacht. He has been under arrest since, undergoing a pre-trial compilation of evidence where he pleaded not guilty.

The prosecutors who filed the bill of indictment in court today, Wednesday 18 August, are said to be pushing for a life in prison sentence for complicity in murder and an additional 20 to 30-year sentence for criminal association. Melvin Theuma, the assassination plot’s self-confessed middleman, had previously claimed that Fenech tasked him with organising the murder. The indictment bill reads: “Yorgen Fenech wanted Melvin Theuma to find someone willing to kill Daphne Caruana Galizia.” The date for the trial is yet to be set.

Mogens Blicher Bjerregård, the EFJ President, reacted: “Impunity for crimes against journalists must end. We are hopeful that justice will finally be served and we will closely observe the upcoming trials. Too often, it is only hitmen, if even, that get caught, while the masterminds behind the crimes are running free. The Maltese authorities must punish everyone involved in the brutal murder.”

In July 2021, a public inquiry into the assassination found the state of Malta responsible for her death, saying that the state had failed to recognise risks to the reporter’s life and take reasonable steps to avoid them. The inquiry concluded that a culture of impunity was created from the highest echelons of power in Malta, singling out former Prime Minister Joseph Muscat for enabling this culture of impunity.