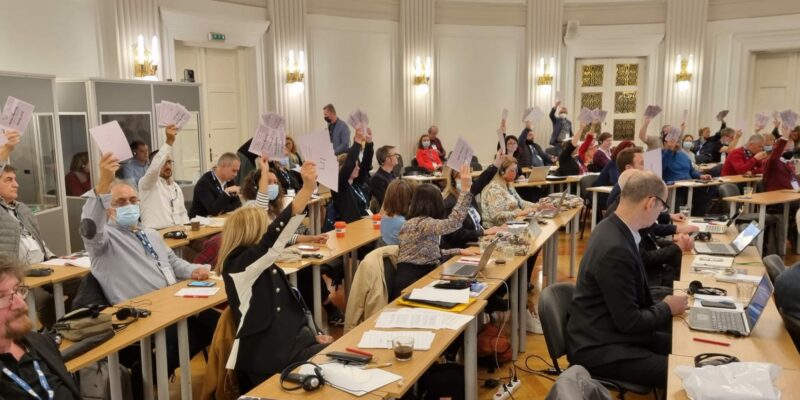 On 27 August 2021, the Belarus Supreme Court dissolved the BAJ, the only independent representative organisation of journalists and media workers in Belarus, as part of the unprecedented purge against journalists, media outlets, as well as other civil society organisations.

By adopting this resolution, journalists’ organisations from all over Europe expressed solidarity with their colleagues in Belarus. The EFJ will continue to assist BAJ to maintain its existence and activities.

1. On the dissolution of the Belarusian Association of Journalists (BAJ)

The annual meeting of the European Federation of Journalists (EFJ), meeting in Zagreb, Croatia, on 8-9 October 2021,

noting, that an international coordinated response is required, since Lukaschenko has demonstrated his willingness to use drastic measures and that many other non governmental organisations targeted for dissolution,

– to urge the European Commission and the European Parliament to impose sanctions on the regime in Belarus so that BAJ can continue its mission;

– to assist BAJ and their members in continuing their work after the ruling of disorganisation from the Belarusian Supreme Court.

– to encourage EFJ members to offer visiting scholarships to Journalists from Belarus that invite them to their respective Country.