Takeaways of Day 1: “Trust in media webinar: Photojournalism in the digital age” 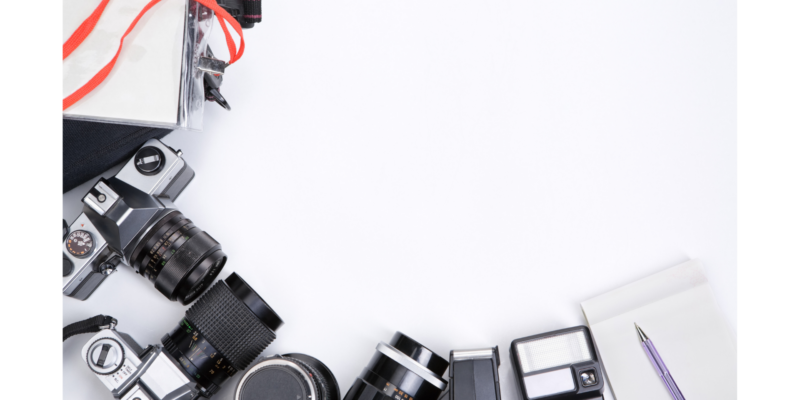 
On 25 and 26 October, the European Federation of Journalists (EFJ) hosted a two-day webinar session on “Trust in the Media: Photojournalism in the Digital Age”, the last in a series of five as part of the “Trust and Quality in Journalism” project, in partnership with the European Commission. Day 1 of the webinar was moderated by Yuk Lan Wong with two experts, Lars Boering, director of the European Journalism Center (EJC) and Anna Gordon, freelance photographer in the UK. The session was kicked off by the national partner, Radomir Kračković, Vice-President of the Trade Union of Media of Montenegro (TUMM). Kračković has outlined the challenges facing photojournalists in Montenegro that are the realities facing most photojournalists in Europe: a risky job with low pay and low respect from the public.

You can also watch the recording of the webinar here.

On the first day, the main challenges faced by the photojournalism industry were presented and discussed.

The key question explored was “if photojournalism is dying out especially in the digital era with increasing competition from amateurs”. Gordon answered the question rightly,

“The death of photojournalism is something that’s been projected since I began in the industry. I didn’t believe in it back then and I do not believe in it now” .

Audiences are drawn to visual representations, and the media are shifting to screens and away from paper; however, photos are still regarded as less important than the “script” when it comes to journalism. Moreover, the development of new technologies and social networks have made it easier for media outlets to use photos from the Internet or sent by amateurs, instead of working with professional photojournalists, or just from someone who was on the scene of an event at “the right time” and snapped a picture.

“I believe that the word photojournalist should focus more on journalist and less on photo. Journalism is much more important than the photo part of it,” says Boering.

With the increasing competition from amateur photographers, photojournalists can barely make a living out of the professional. Anna Gordon, a British photojournalist with over 20 years of experience shared the stark reality that she has to “subsidise” her photojournalist’ work with other non-journalistic but more profitable assignments such as doing commercial shots. Gordon also emphasised the need for photojournalists to diversify their clients and sources of revenue.

Boering also suggested new ways of making a living as a photojournalist, such as combining it with other things: presenting your work at a festival or selling print sales were two ideas. There is a need for a photojournalist to diversify his or her work, especially as it is an industry with lower salaries than written journalism. The need to monetise one’s work and to learn how to negotiate is of more importance than ever.

@larsboering on #negotiating: "In the end, though it is difficult, there’s always the power of saying no: if it’s too low, it’s too low…We should start talking about the value you bring to the table. You can talk about the price later on." (1/2)

“The market is huge but it is also available for everybody so the only way you can stand out is on value creation,” advises Boering. “Think as a business person, don’t act like one.”

The speakers raised the impact of the Covid-19 pandemic which led to less photographic opportunities in events. Some organisers even use it as an excuse to keep some journalists and photojournalists out.

“There’s an urgent need to educate the public and the media about the importance of photojournalists,” says Kračković.

When it comes to gender equality and diversity, both speakers were critical about the profession being still dominated by white males. Gordon shared her experience and struggle of a female journalist.

“There’s a lot of conscious and unconscious bias from editors and subeditors. A lot of the time, they seem to think that men will be better able to handle a situation.”

She also says that it happened to her to not get jobs because of her gender.

“There’s a lot of conscious and unconscious bias from editors and sub editors.” A lot of the time, editors etc seem to think that men will be better able to handle a situation. “Somehow we can carry children, but the camera equipment is too heavy.” (2/3) @AnnaGordonPics

Gordon called for a cultural change in the profession and female journalists should get paid equally for the same job as their male colleagues.

Boering said: “Photojournalism is an industry that needs to be more inclusive, especially when it comes to women and disabled photojournalists. Diverse and inclusive storytelling is necessary in order to engage the audience.”

Natasha Hirst, a photojournalist and Vice-President of the photographer council at the National Union of Journalists in the UK also shared the challenges she faces as a journalist with disabilities and the prejudice she experienced from employers.

A part of the discussion was dedicated to young photojournalists entering the profession. Advice given included but were not limited to the need to think about the ethics and what your ‘red lines’ are. Gordon insists on the need for photojournalists, especially the ones starting their careers, to think about the people they are photographing and the potential consequences for them. Persistence and the willingness to succeed in the field are also of the utmost importance. The need to make contact was underlined by Boering:

“One of the beautiful things in photography is that there is a big willingness to come together and share information. Lots of people are there to help you out.”

It was also raised that the high cost of equipment presents career barriers for perspective photojournalists who are not from a well-off financial background. Boering argued that although this could be a barrier, the focus for photojournalists should be first on journalism, telling the story through the picture. He cited the example of a photographer working for NGOs and based in Ghana, who had taped a Canon professional camera together. When asked how could he worked with it, he replied “because it is still working.”