Takeaways of Day 2: “Trust in media webinar: Photojournalism in the digital age” 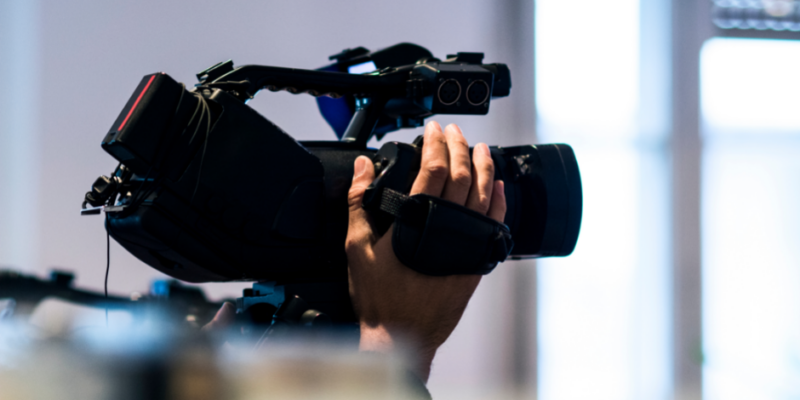 
On 25 and 26 October, the European Federation of Journalists (EFJ) hosted a two-day webinar session called “Trust in the Media: Photojournalism in the Digital Age”, the last in the series of five as part of the “Trust and Quality in Journalism” project, in partnership with the European Commission.

For the day 1 takeaways, click here. Day 2 of the webinar was hosted by Yuklan Wong and Oddrun Midtbø. The four panelists were Markus Pentikäinen, photojournalist from Helsinki, Finland, Sitara Thalia Ambrosio, photographer and visual storyteller based in Germany, Boris Pejovic, photojournalist and board member of TUMM, Montenegro, and Michael Trammer, (photo-)journalist based in Berlin, Germany. Representatives of journalists’ unions and associations also joined the discussion, namely Milen van Boldrik from the Dutch Journalists Association (NVJ) and Natasha Hirst from the National Union of Journalists (NUJ) from the UK and Ireland.

You can also watch the recording of the webinar here.

Day 2 of the webinar focused on how to support photojournalists, a profession in which the need to be close to the action often puts workers at risk. The discussion was angled towards unions’ campaigns and ways to ensure physical safety and decent pay for photojournalists.

Ambrosio discussed her situation as a female photojournalist and the risks associated with her gender in this field. She said that, because she is a woman, she is more vulnerable to sexual assault, offline and online.

“I am much more exposed to sexual violence as a woman. A lot has to change.”

Getting help and legal support when reporting sexual assaults is, according to Ambrosio, difficult. She added that women and LGBTQ+ people are underrepresented in the photojournalism field, an important issue that needs to be addressed.

@SitaraAmbrosio shared her experience of risks due to her gender. “These are by no means individual problems, they are structural.” Whether it be colleagues, editors, citizens or the police – toxic behaviour, insults, aggressions towards women are found everywhere. (1/2)

On the topic of money, Ambrosio raised the issue that the amount of money earned plays an important role in the kind of security she has: the more money, the better she is able to be well-secured when working in at-risk areas.

Pejovic said that Montenegro encounters a lot of issues related to the photojournalism profession and that the situation is extremely worrying. The country has seen several bad cases of negligence or attacks on photojournalists. Journalists suffer from similar threats, but photojournalists are more regularly subjected to small attacks. In addition to the threats made to photojournalists on a daily basis, Montenegro has a huge censorship issue, especially when it comes to images publication. Media are also extremely polarised.

“We do not have the freedom to do our job.”

Trammer, deploring the fact that photojournalists and authorities tend to not work well together, gave a few useful tips on how to be better prepared before covering a demonstration.

Like Pentikäinen, he said being part of a union has helped him in a lot of situations he has found himself in.

“For me, what helps is solidarity structures, friends and colleagues. I would strongly say we need to organise as unions and as journalists to mitigate risks, even though we are ‘in competition’,” says Trammer.

A fruitful discussion followed these presentations, starting with Yannis Kotsifos, EFJ Steering Committee member, who introduced the topic of the role of unions and associations:

“From my understanding, safety issues, payment issues and legal support are three of the main topics that all unions should be putting on top of their agendas.”

Milen Van Boldrik, union representative of the Nederlandse Vereniging van Journalisten (NVJ) working for freelance photojournalists’ fair pay, and Natasha Hirst, vice-president of the National Union of Journalists (NUJ) and chair of the photographers’ council and equality council spoke next.

In the Netherlands, as van Boldrik pointed out, there is a joint initiative called PersVeilig (meaning: Press safe) of the NVJ, the Association of Editors in Chief, the Police and the Public Prosecution Service that aims to strengthen the position of journalists against violence and aggression on the street, on social media and through legal claims. Van Boldrik insisted on the need for all unions to work together. She talked about the minimum pay level, saying “we’re not there yet, but we’re getting there.”

It was mentioned that actions are highly needed for offering training, providing legal advice and support, and fighting for fair pay and collective bargaining – especially for freelancers. Mobilising union members and making the public aware of how freedom of the press is crucial to human rights are common challenges faced, even more so because journalists are often attacked by citizens themselves. This issue goes hand in hand with the issue of lack of trust.

Natasha Hirst spoke on the topic of rates and terms of conditions. She said the NUJ works with the biggest employers, with whom they have members and workplace agreements, to try to include freelancers within the collective bargaining process. She mentioned the recent success with Reach PLC in Scotland, to include freelance rates within the bargaining agenda. She reminded that publishers do not engage all the time with freelancers on freelance rates. The NUJ is currently facing an issue with News UK, who have changed their contracts for freelancers photographers and other freelance journalists.

“It’s very mixed whether publishers will engage with the unions on freelance rates and freelance contracts.”

Hirst also talked about the National Committee for the Safety of Journalists in which the NUJ is represented and the action plan that is being produced. The NUJ also has a News Recovery Plan in order to better ‘protect and promote the rights of photojournalists.’ Lack of trust and understanding of photojournalists’ work is still a big issue. Work has also been done with the national police chief council to update guidance for police to be able to work with journalists and they are trying to replicate the process with the private security industry.

Renate Schroeder, EFJ Director, concluded by saying: “We see the incredible problems we have with safety, but we also see the profession is far from dying out. However, without public support, we will not survive. This leads us back to the topic of trust in journalism.”