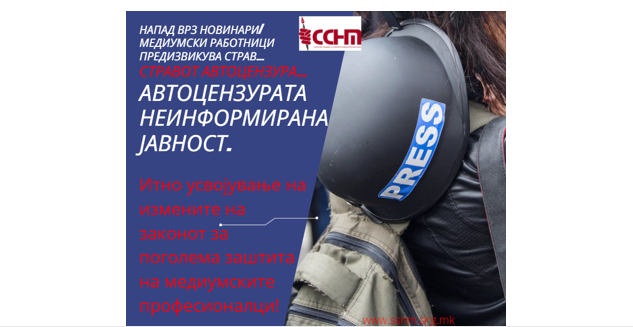 
The Trade Union of Macedonian Journalists and Media Workers (SSNM) just launched a campaign to call for the urgent adoption of the amendments to the Criminal Code to better protect journalists. The changes were announced in July 2021 by Justice Minister Bojan Maricic but have not yet been passed. The European Federation of Journalists (EFJ) urged the Parliament not to further delay these important reforms.

The EFJ had welcomed the introduction of the amendments last summer considered as “an important step forward for press freedom in the country”. Requested by the journalists’ association and union in North Macedonia for several years, the provisions, if voted, will help reduce impunity and cases of attacks and threats against media workers.

“With this campaign, we want to urge the authorities to make this file a high priority as soon as the Parliament is back to work. This reform will help overcome one of the biggest problems, namely the lack of follow-up when journalists report attacks or threats. We must move forward and implement without further delay everything that can be done for journalists and the right to information,” said SSNM Darko Duridanski. 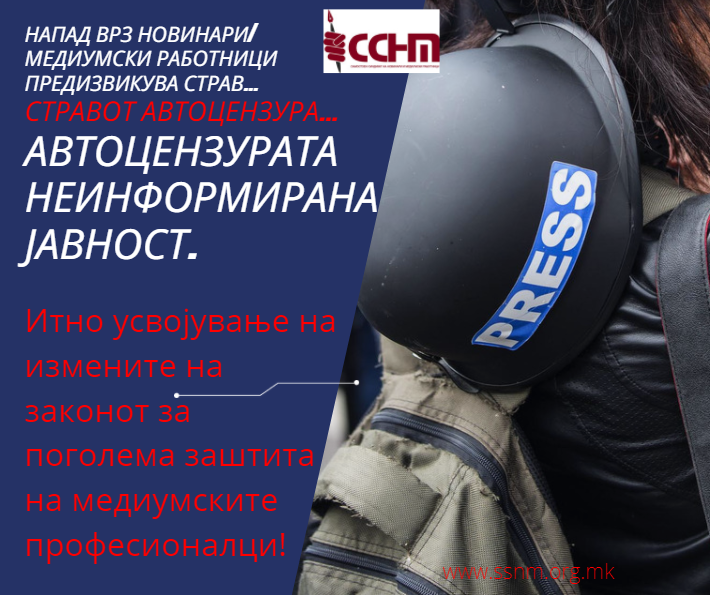 It received the financial support of the European Union and the Unesco, as part of the Building Trust in South East Europe and Turkey project.