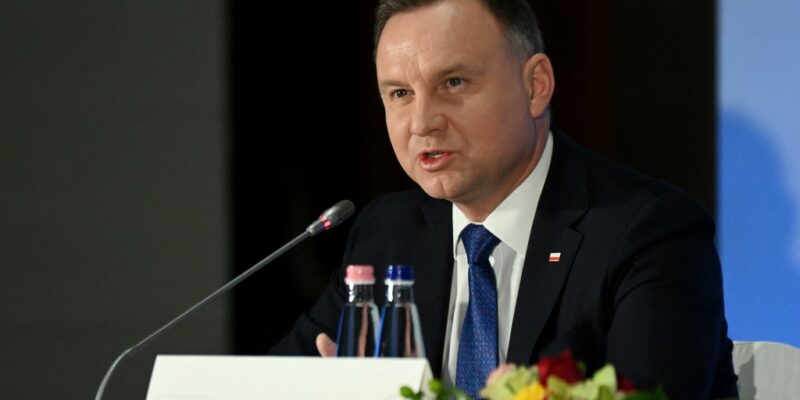 The European Federation of Journalists (EFJ) joined 17 media freedom and journalists’ organisations in writing the following letter to the Polish president, urging to apply a presidential veto to the lex TVN.

Dear Andrzej Duda, President of the Republic of Poland,

The undersigned international media freedom and journalists groups are writing to urge you to apply a presidential veto to the so-called “Lex-TVN” amendment passed by the Sejm on December 17, which we believe poses a fundamental threat to media freedom and pluralism in Poland. This bill represents a direct attack on the independence of the country’s biggest private broadcaster, U.S-owned TVN, and its news channel TVN24.

Rather than a sincere effort to protect Poland against hostile foreign media takeovers, our organisations are convinced that this media ownership law has always been about one goal: slicing through TVN’s ownership structure and forcing Discovery to sell a controlling 51% stake, opening the door for government-allied entities to potentially acquire stakes and ultimately engineer a shift in editorial position to one more favourable to the ruling party. Far from a secret, the Law and Justice (PiS) MP responsible for drafting the amendment, Marek Suski, has publicly stated the true intention of the law: obtaining greater influence over TVN’s programming.

Such a clear effort to enact media legislation that pushes out foreign owners is reminiscent of well-documented tactics used by governments in Hungary and Russia to bring independent channels under control via government-friendly entities. While laws restricting foreign media ownership do exist in EU member states, this bill is not a principled and proportionate effort to protect the Polish information landscape. Rather, it is clearly aimed at undermining one particular outlet and is part of a wider effort to “repolonise” the media. As you have previously outlined, any changes to media ownership must be conducted under market principles rather than via heavy-handed government intervention. Lex-TVN represents a clear and politically-motivated effort to strong-arm such changes through legislation and must therefore be opposed.

In addition to undermining fundamental democratic values, the proposed amendment to article 35 of the Broadcasting Act also raises legitimate doubts about its compliance with EU law and will almost certainly lead to a legal challenge from the European Commission. As the Senate has already identified, it is also inconsistent with the Polish Constitution. It also breaches the U.S-Poland Bilateral Investment Treaty, simultaneously undermining Poland’s reputation as a welcome climate for foreign investment and uprooting relations between Poland and its closest ally. That the bill was unexpectedly approved by the Sejm just before the parliamentary break, without prior announcement, and in violation of rules on adequate debate, is also deeply problematic.

The stakes of this decision for media freedom, democracy and the rule of law in Poland are high. Ultimately, your decision about this bill should not be about whether one agrees or disagrees with TVN’s coverage. It should be about the principle of media pluralism and the ability of citizens to access information from a variety of news sources. It should also be about the fundamental right of the media to fulfil its watchdog role and scrutinise those in power. And it should be about ensuring fair market conditions in a media sector free from government interference.

After the Sejm passed the initial bill in August 2021, you outlined your concerns over the law’s detrimental effect on freedom of speech and diplomatic relations. Despite being firmly rejected by the Senate, the bill awaiting your decision remains unchanged in both its form and its ultimate purpose. We therefore urge you to remain true to your word and use your veto power to outright reject this law and safeguard the freedom of the press in Poland.