Russia: Journalists say “No” to war and state censorship 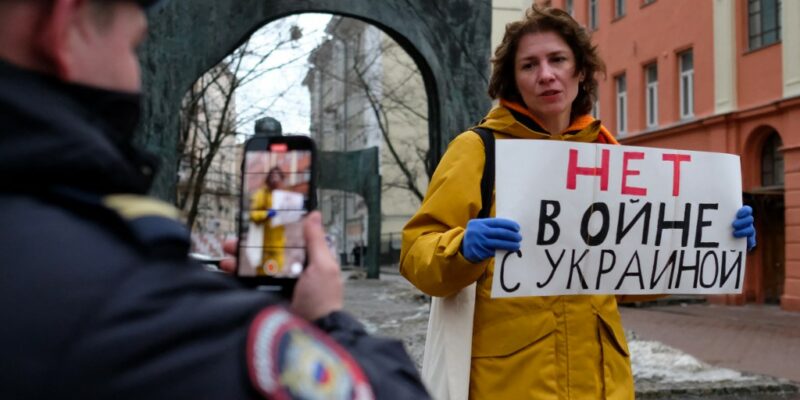 Roskomnadzor announced on Thursday that publications that violate these requirements will be immediately blocked. In addition, these media will be fined up to 5 million roubles (50,000 euros).

“Journalists must be free to use all available reliable sources,” said EFJ General Secretary Ricardo Gutiérrez. “Journalists are at the service of citizens, not governments! Journalists must never become soldiers in an information war. Journalism is precisely the opposite of propaganda.”

Like their Ukrainian colleagues in NUJU and IMTUU, the Russian Journalists’ and Media Workers’ Union (JMWU) calls on its members to respect ethics and refuse state censorship.

Dmitry Muratov, editor-in-chief of the Russian newspaper Novaya Gazeta and Nobel Peace Prize laureate, announced that the next edition of his newspaper would be published in Russian and Ukrainian. “Because we do not consider Ukraine an enemy country, and the Ukrainian language the language of the enemy. We will never admit it.”

Russian journalists demonstrated in Moscow against Russian military aggression against Ukraine. A collective of 70 Russian journalists, including members of the editorial staffs of Kommersant, Dozhd, Novaya Gazeta, RBC, Ekho Moskvy, The Bell, RTVI, Snoba, 7×7, Izvestia and Mediazona, signed an open letter condemning the Russian Federation’s military operation in Ukraine: “War has never been and will never be a method of conflict resolution and there is no justification for it.”

Russian scientists and science journalists also spoke out against the Russian Federation’s military aggression: “The responsibility for starting a new war in Europe lies entirely with Russia. There is no rational justification for this war. Attempts to use the situation in the Donbass as a pretext for launching a military operation do not inspire confidence. It is clear that Ukraine is not a threat to the security of our country. The war against it is unjust and frankly senseless. […] War with Ukraine is a step towards nowhere.”