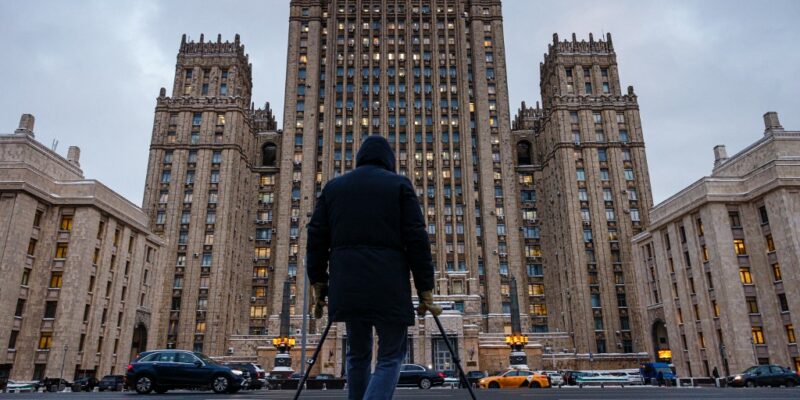 The repression of journalists and censorship is intensifying in Russia. The European and International Federations of Journalists (EFJ-IFJ) condemn this wave of massive repression.

While the censorship law adopted after the invasion of Ukraine criminalised the exercise of journalism in Russia, new and even more restrictive provisions are being considered. On 6 April 2022, Russian lawmakers proposed new legislation allowing the Prosecutor General’s Office to close media outlets that “disrespect” the country’s government, without a court order. The draft bill proposes to amend Article 57 of the Russian Mass Media Law so that journalists will be liable in case of reproduction of information, which contains so-called “fakes” about the Russian Armed Forces, as well as information aimed at discrediting the Russian army.

The bill also holds Russian journalists responsible for reproduction of information from other media, “which contain information that offends human dignity and public morality, a clear disrespect for society” and the state. The proposed amendments would also bar Russian journalists from quoting foreign publications that call for organisation and participation in unauthorised actions, or calls for sanctions against the Russian Federation and Russians.

In addition, arbitrary blocking of the broadcasting of foreign media continues. On 15 April, Russia blocked the websites of Radio France Internationale (RFI), which broadcast news in some 15 languages, including Russian. The website www.rfi.fr is now on the list of blocked websites in Russia by the telecommunications state regulator Roskomnadzor (RKN). In March, Eutelsat SA, the French satellite provider hosting nearly 7,000 televisions channels, has allowed two Russian pay-TV platforms, Trikolor and NTV-Plus (Gazprom-Media Holding), to stop the broadcasting of eight Western TV channels in the Russian Federation: Russian viewers have no longer had access to BBC World, CNN, Deutsche Welle, Euronews (in Russian), France 24, NHK World, RAI News 24, and TV5 Monde.

This accumulation of measures against the media in Russia has led to an increase in attacks on Russian journalists since the beginning of the war. To date, at least six journalists are or have been detained, prosecuted or fined because of their dissenting views on the war in Ukraine:

Moscow’s repressive measures are not confined to journalists on Russian territory. Russian journalists in exile, notably in Turkey and Georgia, have had their bank accounts frozen. As a result, they cannot live abroad and are forced to ask for support in their daily lives to survive.

“We call on the Russian authorities to stop this wave of repression and let journalists inform the Russian public about the war in Ukraine and its consequences,” said IFJ General Secretary Anthony Bellanger. “The Russian authorities are trying to silence journalists through war crimes in Ukraine and unprecedented censorship in Russia. Those responsible must be punished,” added EFJ General Secretary Ricardo Gutiérrez.