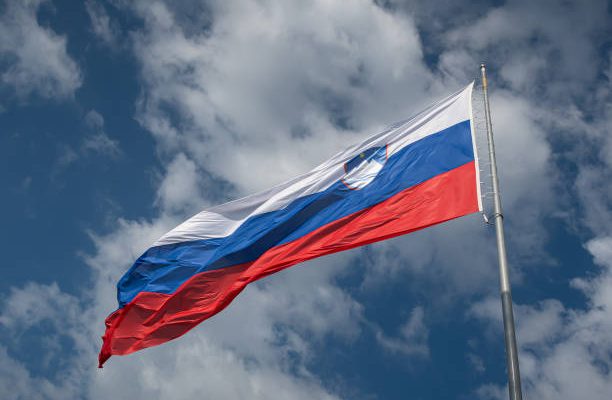 The 38 journalists received pre-termination letters from RTV SLO management on Friday 7 October in reaction to showing their support to the strike movement that started on 13 May 2022. They physically stepped twice behind the anchor for a few seconds during the 7 PM news show in the TV Dnevnik studio. This gesture of solidarity, directed at two of their colleagues under threat of disciplinary measures, was seen by the broadcaster’s management as “personal expression of opinion” and “impermissible interference” with the program.

“By deliberately attacking striking workers, the employer violated article 90 of the Labour Relations Act, which excludes the possibility of using participation in a strike or trade union activities as grounds for dismissal,” Helena Milinković, head of the strike committee and the trade unions’ coordination at SNS, pointed out.

The pre-termination letters are seen by the Slovenian organisations and the strike committee of RTV SLO as an act of intimidation against the journalists on strike. SNS denounced “a disproportionate reaction” and “a show of strength against those who have been on strike for six months”.

Letters have been sent last week by the journalists’ organisations to European institutions to raise the alarm at the European level about the situation at RTV SLO.

The public broadcaster employees have been suffering from censorship, self-censorship, and pressures from a changing management, with the Programming Council and Supervisory Board, notably, voted “to the liking of the former ruling coalition” and in accordance with the views of the Social Democratic Party (SDP).

“We need a public broadcaster independent of politics and capital if we still define ourselves as a society with shared demands, needs and a shared vision of the future. The only way all these definitions are created, cultivated and propagated is in a common media outlet that is not constrained by political and capital noise,” says the journalists’ union SNS.

The EFJ denounced once more a violation of trade unions rights from the RTV SLO management and expressed serious concerns about the state of press freedom in the country, a marginalisation of public interest reporting and a propagandist agenda from the former ruling party which appointed the people that are still managing RTV SLO.

“The warning notices that RTV Slovenia management sent as pre-termination letters to the 38 journalists concerned is yet another manifestation of abuse of position and pressure on people who expressed solidarity with colleagues, who had been previously mistreated by that same the management, reacted EFJ President Maja Sever. She added: “The struggle lived by our colleagues from RTV Slovenia is an essential example for all of us  of solidarity, determination and courage in the fight for an independent, strong and professional public media service. The fight awaits us all, and Slovenian colleagues show us how and why it is a vital fight.”

A media freedom mission dating from June 2021, carried out by the EFJ together with the partner organisations of the Media Freedom Rapid Response (MFRR), was concluded by stating the alarming media situation in the public broadcaster, citing a lack of editorial independence and the interference of journalists’ work.