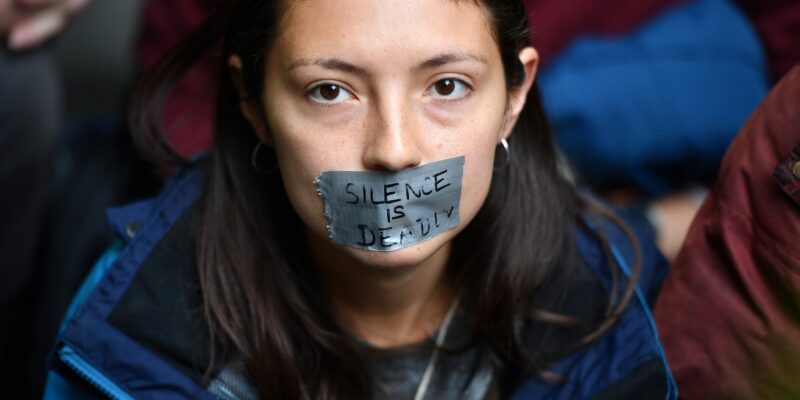 
Several journalists and media workers working on environmental and climate stories have been subjected to threats and obstruction to press work in 2022, hindering the right to information of the public. The European Federation of Journalists (EFJ) is alarmed by the risks associated with climate journalism throughout Europe and recalls the necessity for media to cover the current ecological and social issues.

Climate journalism has gone from being a niche beat to a field covered by a lot of national and international media outlets. Despite a belated but tangible expansion of the media coverage, journalists’ organisations have witnessed a lack of understanding and in some cases a deliberate obstruction of press work by some companies, private security and state security.

This past year, the Mapping Media Freedom platform, designed to gather information about the violations to press freedom in Europe, has recorded 18 alerts in eight countries. Several journalists reporting on climate actions or covering corporations events have been prevented from doing their work, insulted, or physically assaulted. One journalist in central Serbia received death threats.

Climate actions and protests in particular are a difficult context to work in, often because the distinction between journalists and activists is not always respected by the police or the security team present on site. This year alone, Mapping Media Freedom documented cases of journalists arrested or prosecuted as activists, underscoring the trend that the issue does not stop on the ground but can go up to the court.

In France, Reporterre journalist Grégoire Souchay was charged without his professional status taken into account following a decision by the prosecutor of the criminal court of Rodez (France). Two other journalists working for Reporterre, a media specialising in ecological and environmental issues, were fined for covering the actions of climate activists. Another example in Germany, this time involving a company, is the case of journalist Marco Brás Do Santos who was convicted of trespassing in December. Brás Do Santos’ case is a telling example of how the distinction between journalist and activist is often not made by the police or private security.

Competent authorities are requested to take all necessary measures to ensure journalists and media workers reporting on climate and environmental stories can work in the best possible conditions.

According to the EFJ, an atmosphere of security must be built to allow media professionals to report accurately on climate change: “We need to ensure that journalists reporting on environmental and climate stories can work safely and freely,” said Ricardo Gutiérrez, EFJ General Secretary. “Guarantying their security and making sure that their legal rights are respected is crucial for them to fulfil their role of helping us understand the issues we are facing.”

The EFJ, committed to a better treatment of the climate crisis, is a co-signatory of the Charter for upgraded journalistic practices to better report on the ecological and environmental emergency. “Journalists must step up their practices, but this will only be possible if they can do their job without fear of detention, fine or threats to their safety,” added Gutiérrez.