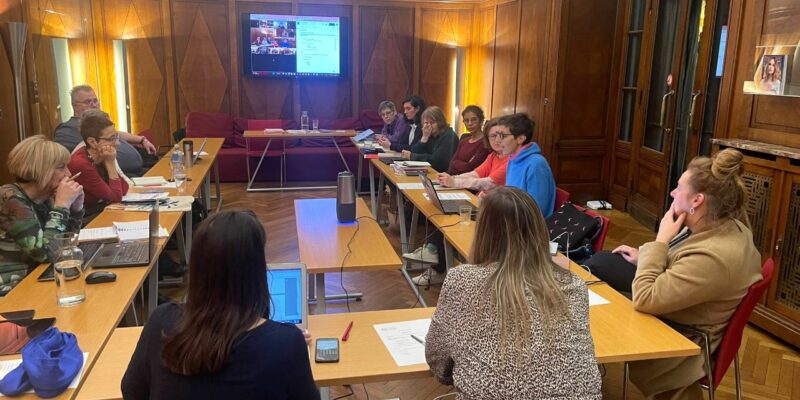 
Following a decision of the General Meeting in Izmir (Turkey) in June 2022, members of the European Federation of Journalists decided to create a new expert group focusing on gender and diversity issues (Gender and Diversity Expert Group – GENDEG). The first in-person meeting took place on 12 January 2023.

This first meeting launched the discussions around priorities, objectives, as well as an action plan for 2023. The safety of female journalists, equal opportunities in the workplace and gender and diversity in news content emerged as key topics for further work. Members also shared their best practices and practical tools used at the national level, such as Expertalia in Belgium, the Venice Manifesto in Italy, the Journalists’ Solidarity Centres in Ukraine, surveys, data, etc.

The GENDEG will work in close partnership with the Gender Council of the International Federation of Journalists (IFJ), created in 2001.

“The GENDEG was created because, although much has been done, we still need to address gender and diversity inequalities, both in newsrooms and in media content. Journalists’ unions have a major role to play in making these issues key action points in our collective bargaining and in our daily work as organisations,” said Elena Tarifa.

Lina Kushch added that the group will contribute to raise awareness about inequality and lack of diversity in the workplace: “We need to formulate simple and attractive messages for the media sector about what results we can achieve. It is also important to support positive editorial practices, because gender equality and diversity make newsrooms, and society as a whole, more sustainable and democratic”, said Lina Kushch.

All information on the activities of the GENDEG will be published on the EFJ website. The other four expert groups work on issues related to broadcasting, freelancing, authors’ rights and labour rights.