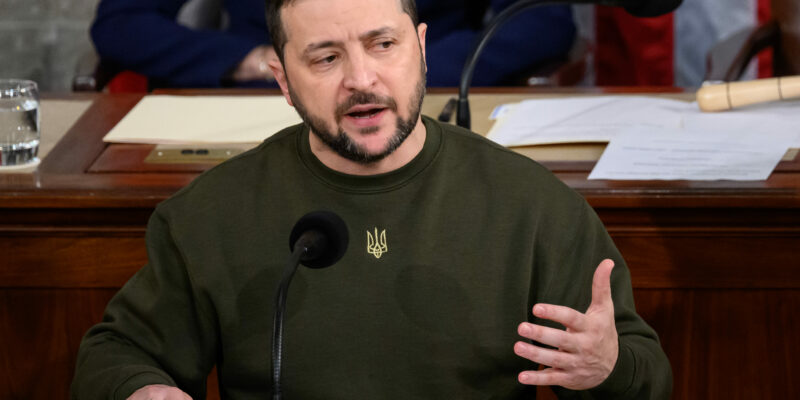 The representative trade unions of Ukrainian journalists, NUJU and IMTUU, denounce multiple problematic provisions, starting with the political dependence of the state regulator and the widening of the spectrum of extrajudicial sanctions against the media.

On 29 December, president Volodymyr Zelensky signed into law a controversial bill that expands the government’s regulatory power over news media. The new law allows the state media regulator, the National Television and Radio Broadcasting Council (NTRBC), to regulate print and online media, as well as internet, television, radio and online platforms such as YouTube and social networks. It also provides the state media regulator with the right to fine media outlets, revoke their licenses, and temporarily block certain publications without a court ruling (the state regulator has the right to block access to an unregistered publication without a court decision, for up to two weeks).

The NTRBC is a constitutional body. Half of its members are appointed by the president, and half by the parliament, which is controlled by the pro-presidential majority. The state media regulator obviously falls under the total control of Ukrainian authorities.

“We welcome the implementation of the EU Audiovisual Directive, which is included in the new law,” said NUJU President Sergiy Tomilenko. “And we also welcome the modernization of Ukrainian media legislation. But at the same time, the authorities should conduct a broad dialogue with journalists and the real media sector when introducing new rules. In the past, Ukrainian journalists have always been the driving force behind new media laws, as they saw them as a tool to protect freedom of expression and the profession. Currently, we do not see active supporters of the law among journalists. Rather, it is a law that aims to strengthen state regulation of the media.”

“Ukrainian officials, through the media they control, have launched a campaign to discredit those who constructively criticize certain provisions of the law, instead of working on the law’s shortcomings and initiating the necessary dialogue with the professional sector,” added IMTUU President Serhiy Shturkhetskyy. “This makes us fear what awaits us after the full implementation of the law: government officials will declare those who disagree with their vision to be enemies of the country or foreign agents. This perspective of state and political regulation of the media is in total contradiction with the desire of Ukrainian civil society for European integration.”

“A state regulator with such sanctioning powers, without even going through a court, cannot be under the full control of the government,” said EFJ President Maja Sever. “Journalists’ unions were not consulted on the latest version of the law. We call on the European Commission and the Council of Europe to convince the Ukrainian authorities to enter into dialogue with journalists’ organizations and with media organisations. The duty of solidarity with the Ukrainians, in the face of the Russian aggressor, should not prevent us from criticizing legal provisions which threaten freedom of the press and the right of citizens to access credible, pluralist and independent information.”

IFJ President Dominique Pradalié declared: “Media freedom and pluralism are in danger in Ukraine under the new media law, which could create systemic problems for democracy in the country, as it expands the state control over the media. It is very important for Ukrainians, who are suffering from a terrible war, to be able to rely on credible information”.

“The IFJ, together with its affiliates, NUJU and IMTUU, has already called on the Ukrainian government to revise the new law. Today, we join the EFJ in asking the European institutions to convince the Ukrainian authorities to reform the legislation and to start a broad inclusive dialogue with journalists’ unions and the media sector. We must remember that there cannot be democracy without independent journalism and a free press,” Pradalié added.