Republic of Srpska, Bosnia and Herzegovina: EFJ and IFJ call for defamation to remain under civil law 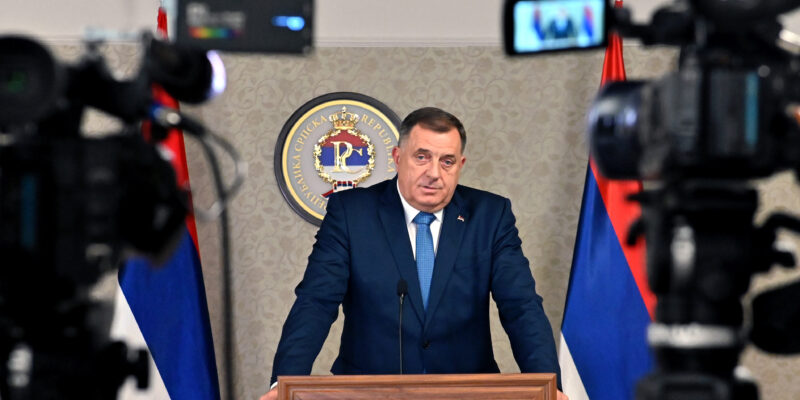 President of the Republic of Srpska Milorad Dodik has requested to re-introduce defamation and insults as “criminal offences” in the Criminal Code of the Republic of Srpska, one of the two entities in Bosnia and Herzegovina. The BH Journalists Association (BH Novinari) raises the alarm in the face of the increasing threat that would cause the impending criminalisation of defamation, which has been a civil wrong in the country since 1999.

The European and International Federation of Journalists join their affiliate, the BH Novinari, in warning of the dangers of criminalising defamation and ask for the European Commission and the Council of Europe to call on the Government of the Republic of Srpska and its President Milorad Dodik to cancel the proposal.

Making defamation a crime would be a direct hindrance of the principles of freedom of the press, by which one should be able to talk freely without fear of litigation or imprisonment: journalists in opposition with the power in place could face between three and five years of imprisonment for expressing their views. The use of civil law has so far helped avoid public and influential figures to misuse their power and threaten press freedom by using intimidating legal options to prevent stories from being told; returning defamation to the criminal legislation would be another possibility of judicial prosecution of journalists and media outlets, and may lead to abuse of the legal system to intimidate and silence journalists.

In addition, if the bill is passed, the country will face two different standards for defamation as the Federation of Bosnia and Herzegovina, the second entity within the State of Bosnia and Herzegovina, will still treat cases of defamation under civil law. Such disparities would have a significant and negative impact on the overall security, legal certainty and legal equality of citizens in the country.

BH Novinari reminds that there are currently more than 300 active defamation cases open in BiH in the framework of civil lawsuits, and dozens of SLAPPs lawsuits (Strategic Lawsuits Against Public Participation).

In democratic societies, they should do this as individuals, and not use their political power or threaten journalists with prison and the strength of their own political position and the influence of the institution in which they sit,” says BH Novinari.

The link to BH Novinari’s petition can be found here. No date has been given as to when the bill could be passed into law.