Turkey: Can Dündar sentenced to over 27 years in prison 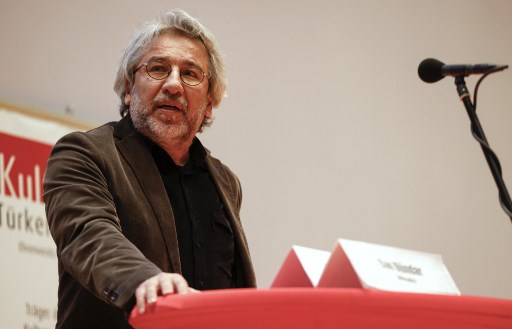 Can Dündar, the former editor-in-chief of the daily newspaper Cumhuriyet was sentenced to over 27 years in prison on 23 December 2020. The charges against him are espionage and terrorism. Dündar, who is living in German exile since 2016, was tried in absentia. The European Federation of Journalists (EFJ) and the International Federation of Journalists (IFJ) joined international human rights and press freedom groups to condemn the politically motivated verdict.

A court in Istanbul reportedly sentenced Dundar to 18 years and nine months for “obtaining state secrets for the purpose of political or military espionage” and to eight years and nine months for “supporting an armed terrorist organisation without being a member”. The verdict was issued despite the absence of the defense team, which previously stated they would not attend the final hearing, as they consider the charges against Dündar as “politically motivated” and “previously decided”.

In 2015, Dündar was convicted for reports in Cumhuriyet on Turkish intelligence secretly sending arms shipments in trucks to Islamist rebels in Syria. Together with Erdem Gül, the newspaper’s Ankara representative, Dündar was detained in November 2015 and held for almost 100 days in Turkey’s Silivri Prison until the country’s Constitutional Court ruled that the journalists’ pre-trial detention violated their human rights. Subsequently, both journalists were released pending trial following a criminal court order. However, Turkish President Recep Tayyip Erdoğan vowed that he would neither recognise nor obey the Constitutional Court’s ruling.

In 2016, Dundar fled to Germany to escape legal charges as part of the massive crackdown on independent media outlets in Turkey in the aftermath of a failed coup. He was given 15 days to return to Turkey, but he opted not to. An Istanbul court then declared him a fugitive of justice and ordered his assets be seized. Turkish authorities also confiscated his wife’s passport in September 2016 and they were reunited only three years later in Berlin.

The EFJ General Secretary Ricardo Gutiérrez is not surprised by the sentence: “What can we think of a judicial system that sentences a journalist to such a heavy sentence for simply doing his job? This condemnation shows the fundamentally biased and iniquitous nature of these judges in the service of political power. We do not recognise the legitimacy of this decision and once again call for the release of all journalists imprisoned in Turkey.”

IFJ General Secretary, Anthony Bellanger, said: “The ruling against Can Dündar is outrageous. We stand in solidarity with him and strongly condemn the systematic harassment and targeting of journalists and media workers by the Turkish authorities. Journalism can never be considered terrorism.”

The European Union in October warned Ankara that it was eroding democratic values and said Turkey’s chances of ever joining the bloc were evaporating.

This is by far not an isolated case. Just on 7 December, Turkish journalist Aysegul Dogan was sentenced to over six years in prison for similar charges and as of 10 December, 70 journalists are held in prison in Turkey for doing their job.