Media and artistic freedom under attack: Europe has to act 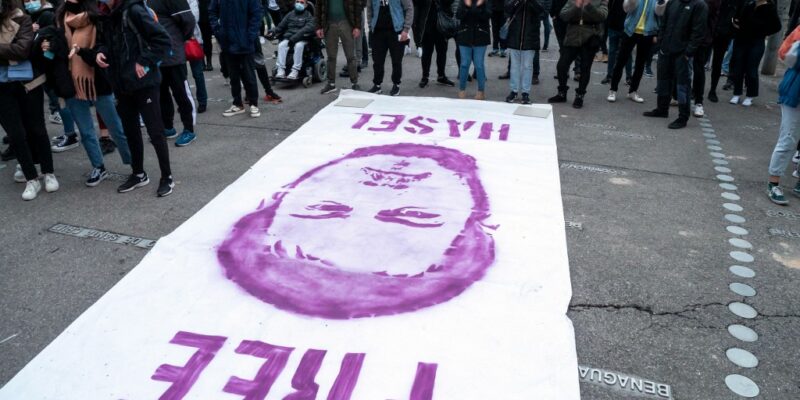 The General Secretary of the European Federation of Journalists Ricardo Gutiérrez gave the keynote speech today at the Socialists & Democrats online event on media freedom and artistic freedom. He called on MEPs to push member state governments to adopt concrete measures to protect journalists.

Here is the speech of the EFJ General Secretary:

Freedom of the press and artistic freedom are two essential dimensions of one and the same fundamental right: freedom of expression. This freedom has been under pressure in Europe for years. And the context of the fight against the pandemic has not helped.

In the last few evenings, thousands of people have taken to the streets in Spain in support of a rapper, Pablo Hasel. He was taken to prison on Tuesday. He faces nine months in prison for glorifying terrorism and slandering the crown over tweets and song lyrics.

I believe that no one should face criminal prosecution only for expressing themselves on social media, for joking or for singing something that may be shocking. Expressions that do not clearly and directly incite violence cannot be criminalized.

Rapper Pablo Hasel has been sent to prison for his tweets. And more and more journalists are facing threats all over Europe. That is the current situation.

Impunity remains a major issue. The EFJ has increased calls for justice for the family of Daphne Caruana Galizia, brutally murdered in Malta in 2017. The assassination of Ján Kuciak, killed at home, in Slovakia, on 21 February 2018 (three years ago), is another major case of impunity.

While the number of murders on European soil has stabilised, cases of physical violence continue to increase.

2020 was a record year: the Media Freedom Rapid Response Platform (MFRR), co-funded by the EU, recorded 245 alerts (with 873 attacked journalists and media workers) in 22 EU Member States. Another monitoring tool, the Council of Europe Platform for the Protection of Journalism, recorded 115 major media freedom violations in 27 EU Member States (the highest level since 2015).

According to our data, nearly one in four incidents (23.7%) resulted in journalists and media workers being physically attacked.

On Friday, taking into account the deterioration of the situation, we sent a joint letter to the President of the European Council, Charles Michel.

We told him that European leaders should not wait for another murder before acting decisively. This is also crucial to set a worldwide example.

In our letter to Michel, we warmly welcomed that the European Commission included a Recommendation on the safety of journalists in its European Democracy Action Plan. However for this initiative to succeed, it requires the strong support of Member States at the highest level.

We asked Mr Michel and we ask you to put pressure on the Member States to adopt concrete measures.

Good practices exist. They just need to be applied. The Swedish government adopted a national action plan in 2018 to defend free speech:

The Swedish action plan is entitled: “Defending Free Speech – measures to protect journalists, elected representatives and artists from exposure to threats and hatred”.

No other member state has adopted such a plan, despite the fact that they all committed themselves to it by signing the Council of Europe Recommendation on the Protection of Journalism in 2016. Sweden is the only one to have kept its promises.

Journalists, like artists, are often confronted with same type of laws – on anti-terrorism, insult, blasphemy – that are used to curtail freedom of expression.

At a time when artists and journalists are increasingly targeted, we need to uphold the rights of all actors that are working to maintain the free flow of ideas in all parts of Europe.

Sorry to end on a serious note. Today is 22 February. On 22 February 1943, in Munich, Sophie Scholl and her brother Hans were executed. Their crime: writing anti-Nazi leaflets and throwing them in the courtyard of the University of Munich. Their trial lasted three hours. They were convicted of treason and propaganda. They were victims of the criminalisation of freedom of expression. I invite you to think of Sophie and Hans in your debates this afternoon.