Takeaways of webinar “Trust in media: Trends, skills and training in journalism” 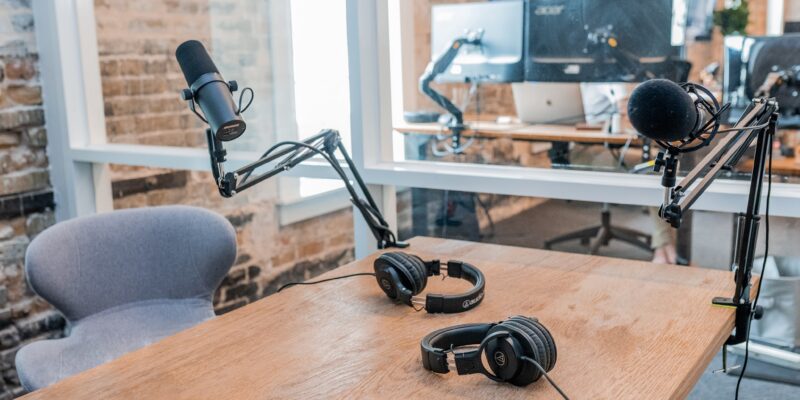 
On 23 and 24 June, the European Federation of Journalists (EFJ) organised a two-day webinar on trends, skills and training in journalism as part of the Trust and quality in journalism project. Invited speakers addressed what journalistic skills are needed to thrive in the digital world and how media companies and journalists’ organisations can provide support to journalists.

The first day’s speakers were media professionals from various fields who shared their insights on the latest trends in journalism and skills required.

Monique Hofmann, General Secretary of the German journalists’ union, dju in ver.di, opened the webinar by emphasising the need for journalists to undergo training and acquire new skills in order to adapt to the changing media landscape. Hofmann pointed out that a certain part of the audience has lost trust in media, therefore training would help media to regain trust. Threats against journalists are on the rise both online and offline, which is why security training, psychological support and better legal advice are needed. In Germany, journalists’ unions and media houses recently agreed on a new media code supported by the EFJ to better protect the safety of journalists.

Federica Cherubini, Head of Leadership Development at the Reuters Institute for the Study of Journalism, presentedfindings of the recently published Reuters Digital News Report 2021. The report shows that the media industry faces huge challenges such as the switch of news consumption from traditional media to social media, a shift towards reader revenue through subscriptions and memberships, but more positively, the public’s trust in media has increased. However, journalists will face the challenge of keeping this trust, which according to the latest results can be achieved by knowing how to debunk misinformation, fact-checking, more expertise on the audience, data journalism, technical skills and product development. All this points to the need for more training on news skills for journalists.

Jan Siebert talked about how the Deutsche Welle helps their journalists adapting to changing demands in the sector. For instance, both staff and freelance journalists are given training on how to create content for new platforms or on analytics to learn more about their target audiences’ interests. Furthermore, Deutsche Welle puts a focus on leadership development to encourage staff and freelancers to further educate themselves, as well as security training sessions. His presentation can be accessed here.

Antonia Rauth, podcaster for the Austrian daily Der Standard, observed that podcasts are a growing phenomenon with rising subscriptions and a very interesting target group, mostly made up of young, well-educated and engaged people who appreciate the accessibility of podcasts. Rauth advises podcast editors to not only focus on the technical aspect of podcasts, but also on voice training and coaching. This kind of training would also be beneficial for older generations.

First- hand Experience in the newsroom has been much more useful than university studies says @AntoniaRauth outlining some training on podcasting mostly for a young interested audience👍👏 @EFJEUROPE #trustinmedia pic.twitter.com/xslD3pSLRe

The day’s last speaker, Maria Pia Rossignaud from Osservatorio TuttiMedia, told the audience that they shall not forget that the key is story-telling despite the need to acquire new skills. Therefore, the next steps of training should focus on giving meaning and telling true and trustworthy stories in an innovative way.

The second day’s panel explored various good practices and initiatives developed by journalists’ organisations, media employers and journalism training institutions to develop training courses for journalists, including on safety and with a focus on young journalists.

The webinar’s facilitator, Justine Pecquet shared some good practices for the professional journalists’ Association in Belgium (AJP). They have launched a training program called AJPro since 2013. The organisation offers tools and a solid network for journalists, especially for freelancers. Their projects are divided into three aspects: 40 to 50 pieces of training organised per year on several digital and non-digital topics, a summer school in August which is both a networking and an immersive training opportunity, and on-demand training, where media can ask the organisation to train their journalists.

Elisabet Wahl, the first guest speaker of the webinar from the Swedish Union of Journalists (SJF), explained how in Sweden media outlets and magazines are often not willing to pay freelancers while there is a huge demand for new digital skills. Therefore, the union focuses particularly on the training and education of freelancers by providing between 25-30 seminars per year with a focus on digital skills. These seminars became quite popular and every year, the union trains around 1000 journalists. The new skills they learned gave freelance journalists more opportunities to get new jobs.

Stefania Berretta, from the journalists’ training body, Ordine, in Italy (supported by FNSI) said that in Italy, education and training are compulsory for journalists. Within an Erasmus+ program funded until 2027 by the European Commission, the Ordine section of FNSI is able to give 200 courses per year, many online, to 2000 journalists. This Erasmus project allows tackling common challenges and needs of journalists, for example by allowing them to develop missing soft skills like speaking languages and being able to work in teams, but also to adapt to a changing, post-pandemic job market. To maximise the impact of training, on their return participants have to share gained knowledge with other journalists who could not participate. Another key part of successful training is cross-border cooperation among other unions and associations.

In Turkey, the Academy set up by the Journalists’ Union of Turkey (TGS) aims to train journalists in an environment where the media not only face political pressure but journalists also lack skills and opportunities to publish. Orhan Sener, Director of TGS Academy, presented the Academy which aims to close the skill gaps among different generations of journalists and promotes inter-generational exchange among them. Located in Istanbul, they provide several pieces of training for journalists: on digital skills, on fundamental skills for younger generations like writing, on revenue models in journalism, on fact-checking and digital security, but also in English. Apart from the Academy, they also provide a platform to update journalists on new developments in the field. The content is written by unemployed or freelance journalists who are paid for their contributions.

#TrustInMedia: @orhan_sener_ realised that most of the things done in a physical building can also be done online, but now it is even more inclusive as people from all around #Turkey can join! @TGS_org_tr pic.twitter.com/JqHXLUhzhD

Finally, David Bevan, safety expert and trainer at Cadre Consultants, has addressed the many inadequacies in training and how to enhance the safety of journalists. From an extensive experience of working for over 12 years in the field, Bevan emphasised that journalists, especially freelancers, need to be educated in strategy, risk assessment, operational planning, and rapid response mechanisms. Furthermore, there is a need for social dialogue between field journalists and editorial management, but also unions need to speak to journalists in the field and give them help through education and training. Very often, misinformation given to journalists on the field can be critical, therefore training needs to be specific and tailored to each task.

The next seminar will focus on photojournalism. Watch the space and we’ll keep you informed.