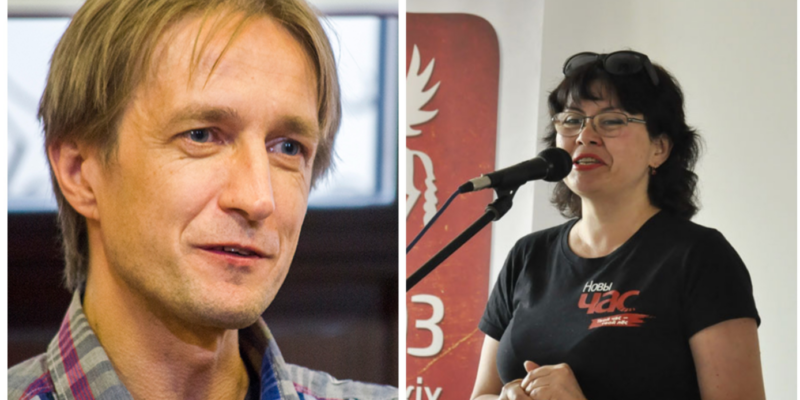 On 20 October in the morning, Novy Chas employees could not be reached, before BAJ later reported that journalists’ homes and the editorial offices were being searched. Novy Chas editor-in-chief Aksana Kolb and deputy editor Siarhei Pulsha were interrogated and later released.

On 19 October, the house of Novy Chas photographer Dzmitry Dzmitryjeu was searched and all his equipment confiscated. According to Novy Chas, “the reason for the search was the case of threats to the deputy head of the Savetski District Department of Internal Affairs.” Last year, the photographer was interrogated by the KGB as part of the case.

These latest incidents against Novy Chas follow various previous detentions and administrative arrests of its staff. For instance, on 5 August 2021, photographer Dzmitry Dzmitryjeu was taken for questioning by police and sentenced to 15 days of administrative arrest for “resisting a police officer”.

While Novy Chas has been published since March 2002, the state-run publications distribution chain Beldruk terminated the contract with Novy Chas to distribute the publication in kiosks from 1 February 2021. Since then, the newspaper has been circulated only by subscription. “On 7 June, the Belarusian Post informed the editorial office that the newspaper was excluded from the subscription catalog for the second half of the year. The editorial office sent the newspaper to the subscribers independently,” BAJ said.

The EFJ and IFJ condemn yet another attack on critical media workers. “This ongoing crackdown must end. We call on the international journalism community to continue their solidarity campaign to show their support to their Belarusian colleagues,” said Ricardo Gutiérrez, EFJ General Secretary.

IFJ General Secretary Anthony Bellanger said: ” We need an international coordinated response to the ongoing attacks on media in Belarus. Belarus deserves democracy and its citizens need to know what is going on. The attacks against our colleagues at Novy Chas are shameful and totally unjustified. Let the press do its job.”

BAJ , which was dissolved by the Supreme Court on 27 August, continuously monitors the repression against Belarusian journalists and their findings are available here.