Kosovo: the government must improve media freedom and the safety of journalists 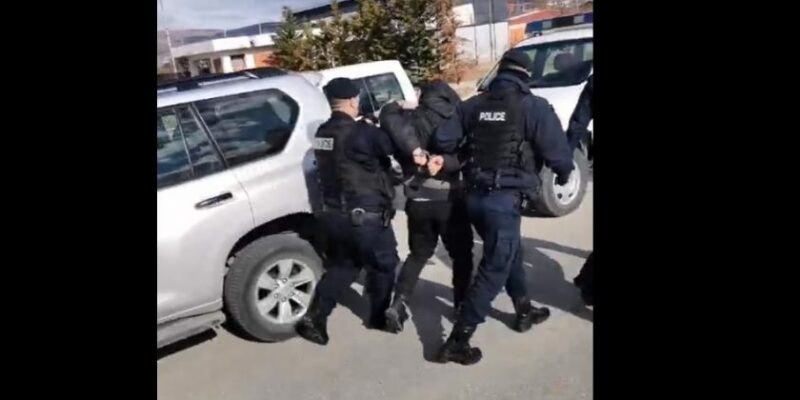 The European Federation of Journalists (EFJ) welcomes the publication of the report on Kosovo by the Council of Europe Commissioner for Human Rights. The EFJ and its affiliate in Kosovo, AGK, call on the Kosovo authorities to implement without delay the recommendations made by Dunja Mijatovic to fight impunity and strengthen media freedom in Kosovo.

In a memorandum issued on Tuesday, the Commissioner calls for the full implementation of the existing legislation, in particular with regard to access to information. “Journalists should be able to conduct their vital work free from strategic lawsuits against public participation (SLAPPs) and from violence. Harassment and impunity for crimes against journalists must end, including for the 13 cases of murders and disappearances of Kosovo Albanian and Serb journalists, which occurred between 1998 and 2005,” said Dunja Mijatovic. She also stressed the importance of providing sustainable funding to the Press Council and to the public service media to shield them from undue interference. At the same time, she called on journalists to adhere to ethical codes of conduct.

“Together with our AGK affiliates, we fully support the findings of Dunja Mijatovic,” said the EFJ General Secretary Ricardo Gutiérrez. “The Kosovar authorities still need to make efforts to ensure decent and safe working conditions for journalists operating in the country. We will have the opportunity to promote the recommendations of the memorandum on the spot, on 15 and 16 November, during an international mission organised by a number of partner organisations of the Council of Europe Platform for the Protection of Journalism (EFJ, IFJ, A19, CPJ, EBU, ECPMF, IPI, RWB).”

The following are the main shortcomings regarding freedom of the media identified in the report:

SLAPPs. The Commissioner is concerned about the reported use by some politicians and businessmen of the so-called SLAPPs (strategic lawsuits against public participation), whereby defamation lawsuits are brought against journalists with the aim of intimidating them. Civil society monitoring shows that during 2021 more than 40 lawsuits were filed, bringing the number of pending lawsuits against journalists before domestic courts to 100, the majority of which are reportedly SLAPPs, according to AGK. The Commissioner draws attention to her guidance on the approach that should be taken to counter SLAPPs effectively.

Journalists from north of Kosovo. The Commissioner noted the particular circumstances under which journalists operate in the north of Kosovo. They stressed that their work has been facilitated by improved freedom of movement, but funding issues persist, and many media rely on funding from Serbia. Language problems also persist, as it is often not possible to access information in Serbian, especially information from the government and political institutions.

Lack of prosecution. The Memorandum indicates that according to AGK reports, attacks against journalists are not always treated with sufficient level of seriousness and that there is a lack of coordination between police, prosecution and courts in this regard. Domestic judges are also reported to use lenient sentences for crimes against journalists, with fines being the most common type of sentence imposed.

Impunity. The Commissioner is seriously concerned about the longstanding impunity for the murders and disappearance in Kosovo of seven Serb and six Kosovo Albanian journalists from 1998 to 2005, namely Afrim Maliqi, Aleksandar Simović, Bardhyl Ajeti, Bekim Kastrati, Đuro Slavuj, Enver Maloku, Shefki Popova, Xhemajl Mustafa, Ljubomir Knežević, Marjan Melonaši, Milo Buljević, Momir Stokuća, and Ranko Perenić, in relation to which her predecessor also raised his concerns. She raised this issue in her discussions with the authorities, and regretted that no progress has been made in establishing the fate of these victims and accountability for these crimes, despite the resolutions adopted by the EFJ Annual Meetings in 2018 and 2021. “All cases of attacks against journalists and past cases of murders and disappearance need to be effectively investigated and the perpetrators brought to justice,” said the Commissioner.

Self-regulation. The Independent Media Commission and the Press Council of Kosovo works in an independent and transparent fashion. It lacks sustainable funding, given that only 10% of its budget comes from membership fees, while the rest of the funding is project-based. This poses serious challenges for the Council’s work, especially on countering disinformation and training journalists in ethical and professional reporting. It has been reported that the lack of financial sustainability leaves media vulnerable to political and business interests. The Commissioner underlines the need to strengthen ethical journalism, ensure that the mechanisms for self-regulation are effectively used and secure sustainable funding for their work.

Funding and coverage of RTK. The Commissioner was informed that the Radio-Television of Kosovo (RTK), continues to lack sufficient funding, while private broadcasters are comparatively better resourced. Political actors attempt to influence the editorial and institutional independence of RTK. The Commissioner emphasises that public service broadcasters must be independent from the government and be able to function without its political interference, and their funding model should reflect this independence. The Commissioner notes that RTK still does not have coverage of the entire territory of Kosovo, with Kosovo Serb communities mostly relying on local and Serbian broadcasters. The Commissioner was informed that RTK operates a Serbian-language channel, RTK2, and offers contracts to Serb journalists but that the lack of recognition of diplomas issued by Serbia and the University of North Mitrovica hampers the employability of these journalists.