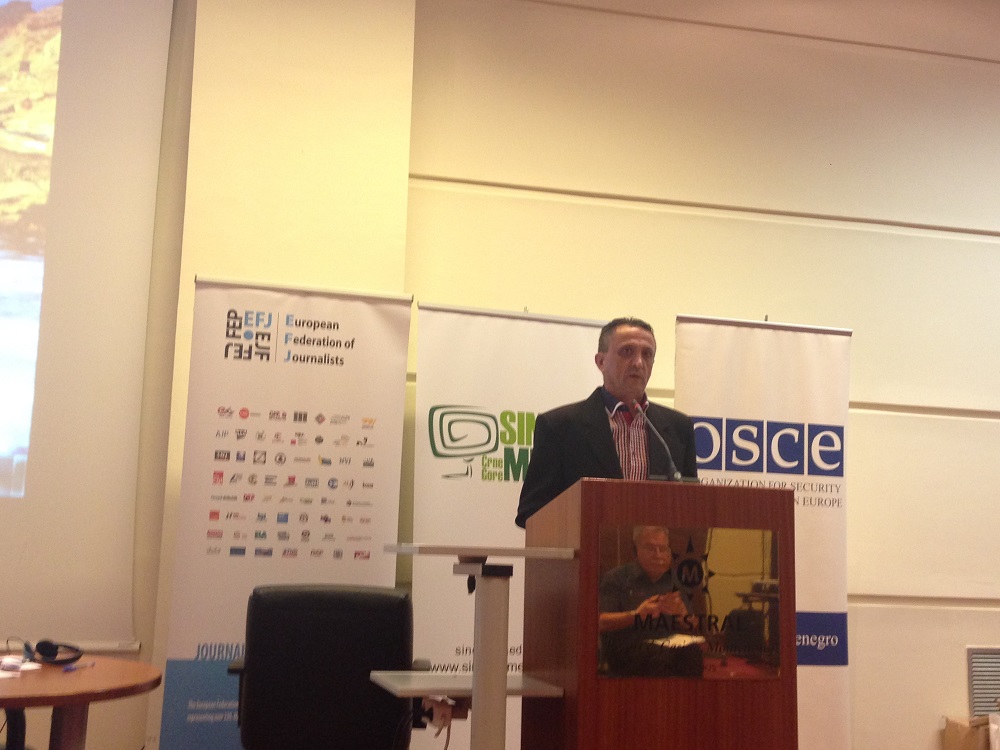 “It’s dangerous to have your own opinions in Macedonia”

Tomislav Kezarovski, the investigative journalist at the daily Nova Makedonija, had been in detention and then under house arrest since 28 May 2013 for an article he wrote in 2008 for Reporter 92 magazine in which he allegedly revealed the identity of a witness in a murder case. Kezarovski was invited to speak in the Annual Meeting of the European Federation of Journalists (EFJ) held in Budva, Montenegro on 2 June. In his speech, Kezarovski highlighted the challenges he and his fellow colleagues face in Macedonia as journalists. He also thanked the EFJ and the journalist community in Europe for their solidarity during his… 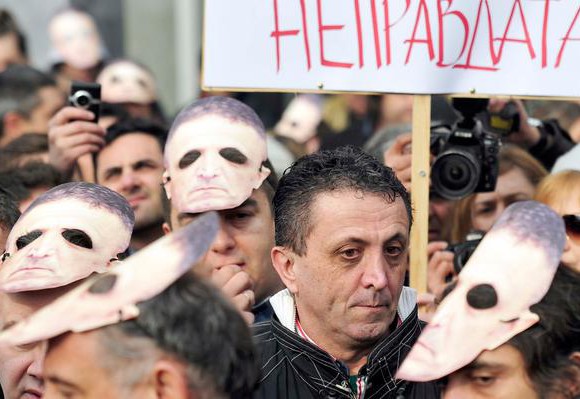 The European Federation of Journalists (EFJ), together with the International Federation of Journalists (IFJ), have today demanded in a joint letter to Macedonian Prime Minister, Mr. Nicola Gruevski, the review of the Macedonian journalist Tomislav Kezarovsi’s two year jail sentence. The reporter, sentenced allegedly for revealing the identity of a witness in a murder case, was recently granted release from prison on health grounds until next 18 February, which IFJ and EFJ find insufficient. By a public letter, they called on the Macedonian authorities to reconsider Kezarovski’s innocence and to grant him the permanent release. (Photo credit: Tomislav Georgiev.)

The temporary release of Macedonian journalist Kezarovski is insufficient

The International Federation of Journalists (IFJ) and its regional organisation, the European Federation of Journalists (EFJ), together with their members in Macedonia the Association of Journalists of Macedonia (ZNM) and the Trade Union of Macedonian Journalists and Media Workers (SSNM), have today declared insufficient the temporary release of the investigative journalist Tomislav Kezarovski and called again on the national court to reconsider his innocence. Around 3,000 demonstrators gathered today from midday onwards in Skopje to denounce the two year jail sentence that the Macedonian Court had imposed last week on Kezarovski allegedly for revealing the identity of a witness in a murder case.…