The struggle to deal with the downside of globalisation is a challenge to journalists’ unions everywhere. Media staff, like the workforce in every other sector of the world economy, are under pressure from voracious employers who are cutting editorial budgets, slashing jobs and undermining trade union organisations.

In Europe, the labour rights of journalists continue to face threats from an increasing deregulated market and austerity measures. The European Federation of Journalists (EFJ) has established the Labour Rights Expert Group (LAREG) to develop strategies and provide tools for EFJ members to create strong trade unions and to negotiate collective agreement.

LAREG has launched a “Database in Progress”, which comprises labor terms and remuneration data for journalists working in European countries. The conference on Equal Rights for Journalists, held in Thessaloniki in 2012, was the starting point of an effort to document innovative practices for unions.

In the coming years, the LAREG will implement the following actions as adopted by the EFJ Annual Meeting in Verviers, Belgium 2013:

Since 2016, thanks to the support of a UNESCO-EU project, EFJ LAREG has been transformed to LAREG+ including journalists and trade unionists from Western Balkans and Turkey.

The EFJ Collective Toolbox gathers the latest developments on labour rights, best practices for collective bargaining or new campaigns to strengthen the labour rights of journalists. We have gathered together all the information mentioned above from our affiliates and provided a range of informative tools and tips to get the most out of collective agreements for journalists. 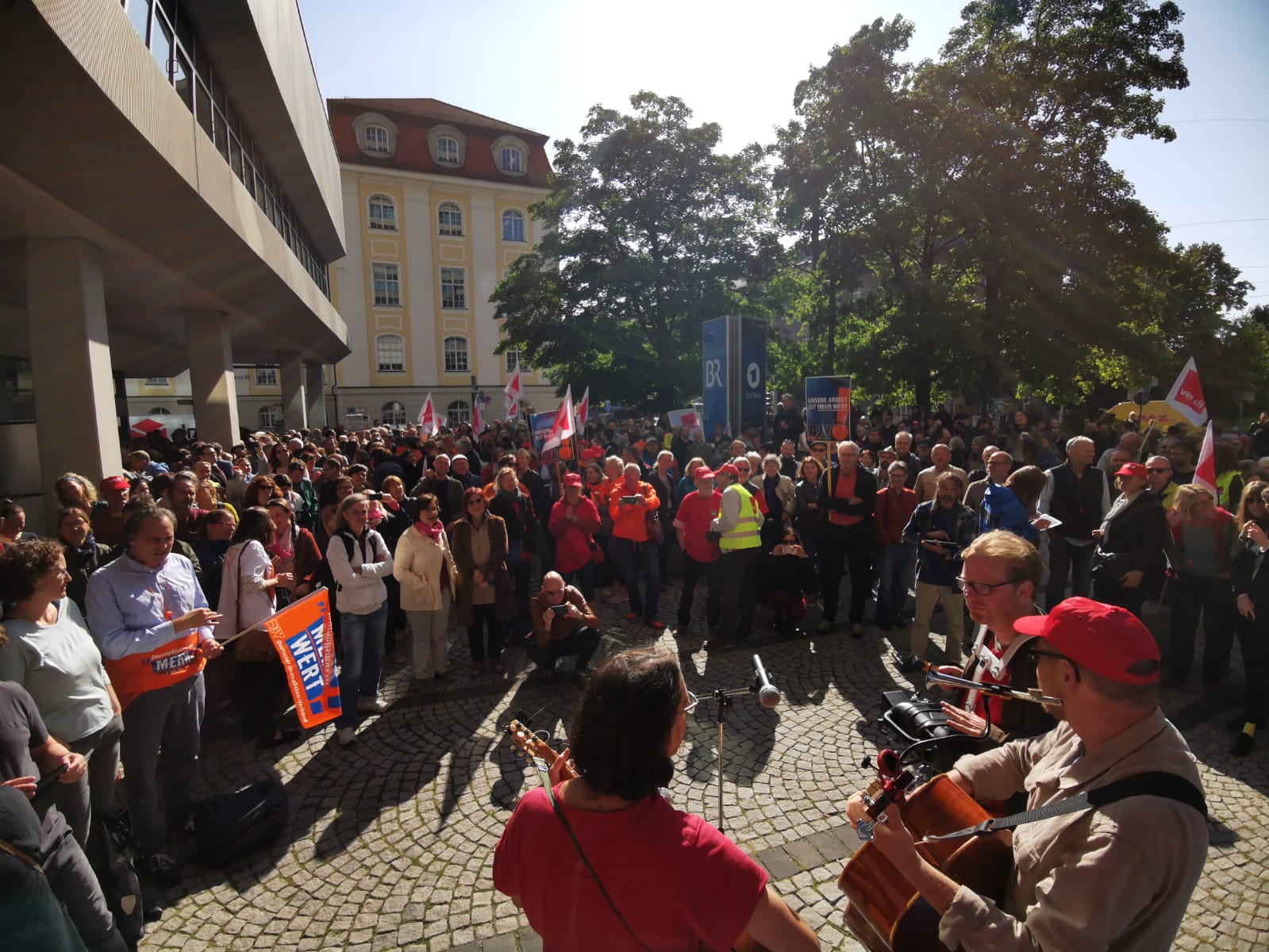 Both German affiliates, the Deutscher Journalisten-Verband (DJV) and the Deutsche Journalistinnen- und Journalisten-Union (dju in ver.di) started on Wednesday 18 an unprecedented trade union action (warning strikes) at the ARD stations in several German Länder. Around 3000 employees of the German public service media are taking part nationwide. The European Federation of Journalists (EFJ) sent a strong message of solidarity to striking media workers. The reason is the upcoming collective bargaining round, in which an agreement between the positions of the management and the unions seems a long way off. “Today’s strikes, demonstrations and actions are so far unique in… 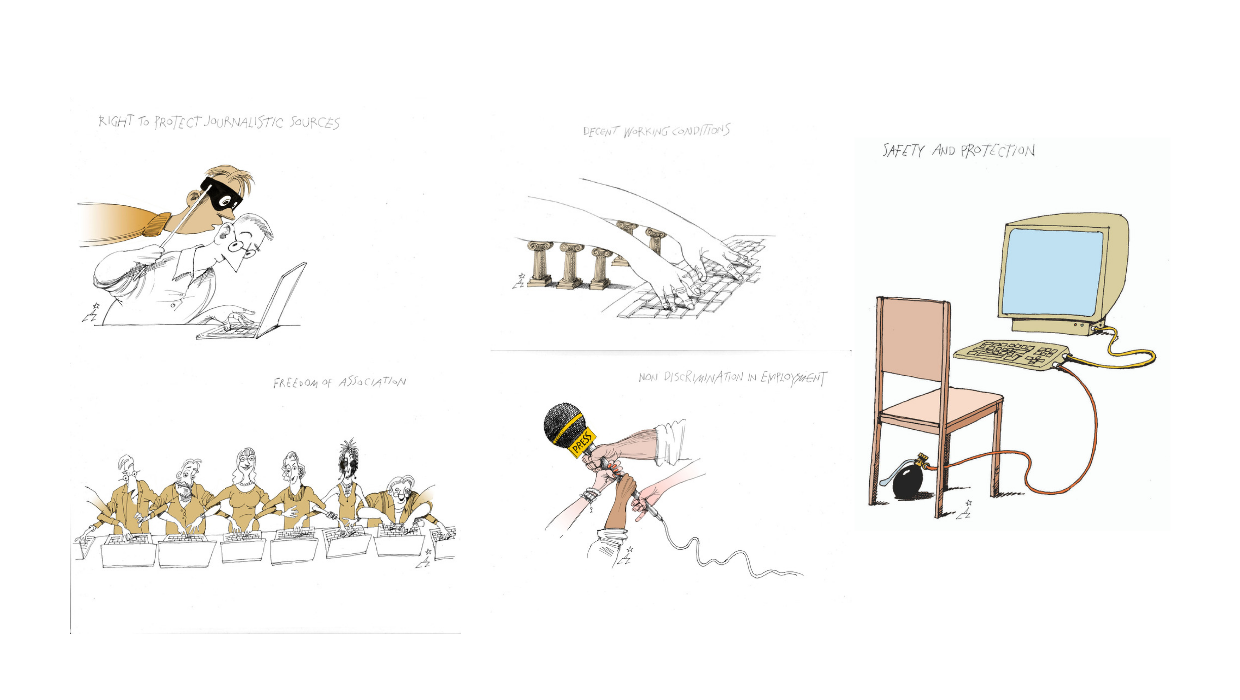 The EFJ Charter on Journalists Working Conditions is a guideline on working conditions, signed on 12 February 2019 in Belgrade (Serbia), by 14 journalists’ organisation representatives affiliated to the European Federation of Journalists and leading journalists’ unions from Western Balkans and Turkey. The Charter is open for signature to all journalists organisations, private or public media companies or authorities willing to commit to improve the working conditions and reinforce the labour rights of journalists and media workers in Europe, to fight against censorship and to promote free access to information and sources. The Charter contains 10 articles condensing the main principles affecting the working relationship between journalists,… 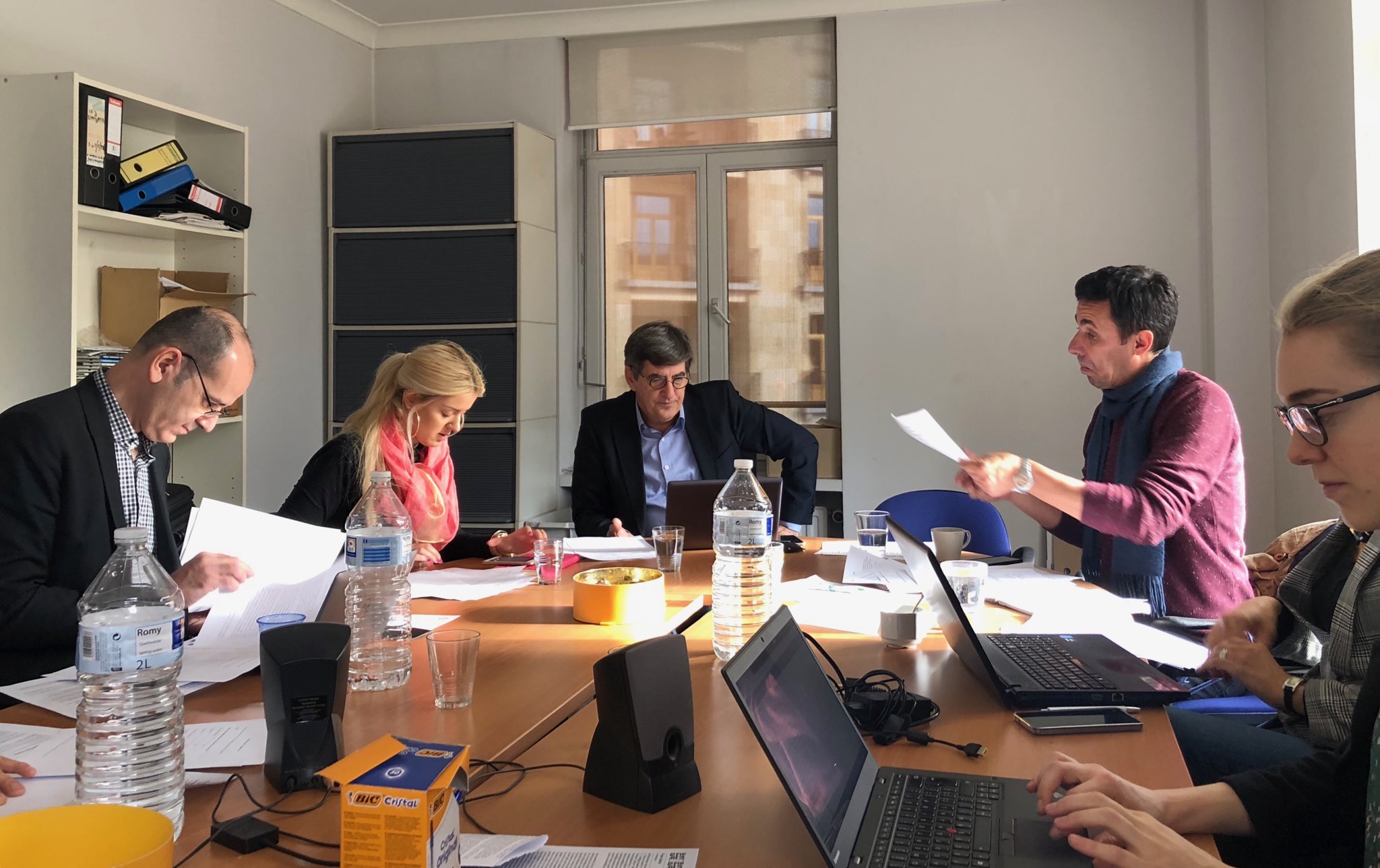 Members of the Labour Rights Experts Group (LAREG) of the European Federation of Journalists (EFJ) convened in Brussels on 31 October 2018 to discuss the latest improvement and deterioration of labour conditions for journalists and media workers in Europe. Journalists’ unions and professional associations of Germany, Italy, Greece, Switzerland, Albania, Bosnia and Herzegovina, Kosovo, Montenegro and Serbia were represented. For the third year, the enlargement of the existing LAREG to participants from the Balkans and Turkey transformed the EFJ’s expert group into LAREG+, bringing together twice a year representatives from both sides of Europe. The pairing is possible thanks to the EU-UNESCO-funded project…