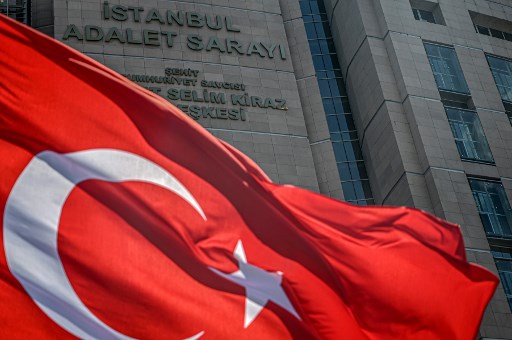 Three years after the coup attempt of July 2016, the crackdown against Turkish journalists continues. This week, at least 10 journalists were facing trial over “terror charges” in Turkey. Three acquittals, four adjournments and three jail sentences were ruled from Tuesday 16 to Friday 19 July. The International and European Federation of Journalists (IFJ/EFJ) stand in solidarity with the prosecuted journalists and call again on the Turkish authorities to drop all charges against the ones still facing trial on groundless charges.

On 16 July, Deniz Yücel’s last hearing was adjourned, for the fourth time, until 17th October 2019. The correspondent for the German newspaper Die Welt was detained on 14th February 2017 and charged with “sedition and propaganda for a terrorist organisation” (read more).

On a positive note, Reporters Without Borders’ representative in Turkey Erol Önderoğlu was acquitted on 17 July along with activist Şebnem Korur Financı and journalist Ahmet Nesin, in the Ozgür Gündem solidarity case. IFJ and EFJ welcomed this ruling and recalled that Erol Önderoğlu will face another trial starting on 7 November, over terror propaganda charges.

On 18 July, two documentary filmmakers Çayan Demirel and Ertuğrul Mavioğlu were sentenced in abstencia to 4,5 years in jail each for “terrorist propaganda”. The charge relates to the movie “Bakur”, shot in different Kurdish camps during the 2013-2015 peace talks between the Turkish government and the Kurdistan Workers’ Party’s (PKK). The court also ruled to issue an international travel ban for both.

Jin News journalist Kibrye Evren will stay in jail, a court ruled on 18 July, adjourning her trial to 24 September. She was detained for “membership in a terrorist organisation” and “terrorist propaganda”. On 16th December 2018, the journalist went on hunger strike for 162 days.

The same day, journalist Uğur Yılmaz’s trial was adjourned until 29 August 2019. He has been detained since July 2017 on charges of “membership in a terrorist organization” and “terrorist propaganda”.

Managing Editor Harun Çümen, who was working for the now-closed Zaman newspaper was sentenced to 7,5 years in jail for “membership in a terrorist group”.

According to the EFJ/IFJ affiliate in Turkey, the Journalists’ Union of Turkey (TGS), at least 134 journalists are currently detained, which makes the country the biggest prison for media workers in the world.