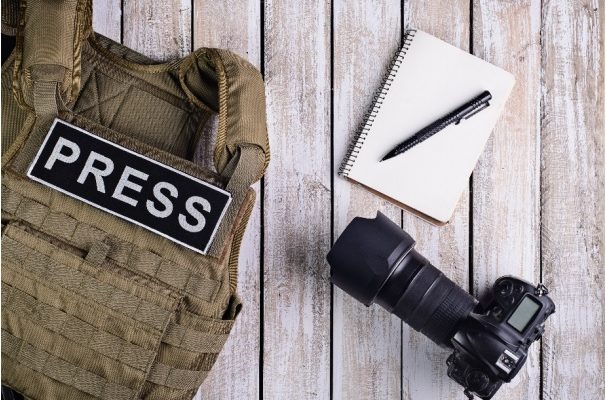 
The European Parliament issued at the request of its LIBE Committee a new report on the safety of journalists and the fighting of corruption in the European Union. Led by Professor Tarlach McGonagle, the study concludes that journalists’ working conditions are deteriorating and calls for the creation of a permanent European fund for journalists in the framework of the next EU Multiannual Financial Framework (MFF 2921-2027). The European Federation of Journalists (EFJ) strongly supports this proposal.

The dramatic dismantling of media pluralism in Hungary, in some cases with the help of EU funds, shows that it is high time for the European Union to offer direct funding to independent journalists and media outlets. The new EP report is very clear in its policy recommendations: “There is a need, as the Parliament has already pointed out, for the creation of a permanent European fund for journalists in the framework of the next Multiannual Financial Framework (MFF) (2021-2027), as redrafted following the COVID-19 crisis, offering direct financial support for independent journalists and media outlets, freelancers and self-employed media workers.”

“Such EU funds could, for example, help the resigning editorial staff of Index to set up a new independent media in Hungary. The aim is to protect the right of Hungarian citizens to access information independent of the authorities. The European Union must protect this fundamental right”, reacted the EFJ General Secretary Ricardo Gutiérrez.

“The Covid-19 crisis has had a profound economic impact on the already precarious journalism, media and cultural sectors,” says the EP study. “EU Member States and the Commission are called upon to invest heavily in these sectors in national and European support and recovery packages. This should be seen as an opportunity to contribute to the sustainability of quality journalism in an increasingly digitalized age – a vital public good. These support and recovery packages should be developed in close consultation with representative bodies of these sectors, in order to ascertain as accurately as possible the precise needs of the range of actors implicated, including gender-specific needs and perspectives.”

The EP report also mentions “the widely-documented and growing problem of SLAPPs (vexatious litigations against journalists, activists and trade unionists ). The final recommendations call on the European Commission “to accelerate its work on a comprehensive legislative package to prevent SLAPPs in Europe. This should comprise appropriate amendment of the Brussels I Regulation (recast) and Rome II Regulation, as well as the drafting of a dedicated anti-SLAPP EU Directive.”

In its conclusions, the EP report notes that ” long-standing threats to the safety of journalists are persisting: threats and acts of violence against journalists; impunity for crimes against journalists and the vexatious use of litigation against them, especially on the basis of defamation laws. In addition, other threats are emerging or are starting to receive more attention than in the past: gender-related threats, especially online; Strategic Lawsuits Against Public Participation (SLAPPs); restrictions on media freedom and (access to) information in the context of Covid-19 measures. The urgency of these threats to journalism, journalists and other actors demands explicit prioritization in ongoing and forthcoming law- and policy-making initiatives, as well as in relevant funding schemes, at the national and European levels.”

The authors of the report remind that EU Member States have a positive obligation under the European Convention on Human Rights to secure a safe and favourable environment in which everyone can participate in public debate without fear: “It is an obligation that States must honour and therefore operationalize.”

The study highlights some positive and promising practices in some EU Members States, including Denmark, Sweden and the Netherlands, which has an advanced model of cooperation by journalists, editors, the police force, the public prosecutor’s office and the government around issues concerning the safety of journalists. The report also shows problematic practices across the European Union, “such as threats to media pluralism and freedom in Hungary and Poland; a high incidence of SLAPPs in, for instance, Malta (where there are also concerns about impunity and the rule of law), Italy and Spain (where the absence of legislative protection for whistleblowers remains a concern); heavy reliance by politicians on defamation laws to stifle critical reporting, such as in Slovakia (where the discrediting of journalists,
including by smear campaigns, is also a problem).”