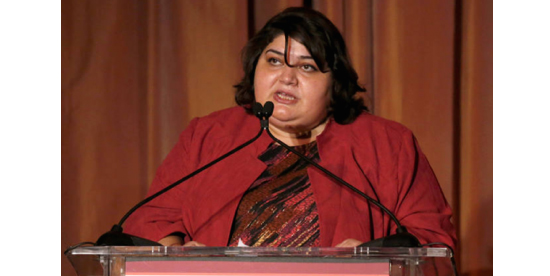 Please join our solidarity action and send your support letter to the Azerbaijani authorities in your country. Here’s the list of the Azerbaijani embassies around the world.

The European Federation of Journalists (EFJ) today has called on the Azerbaijan authorities to immediately release the prominent investigative journalist, Khadija Ismayilova, following the order of a two-month preventative detention.

According to media reporting, Ismayilova has been sent to prison for two months following a trial in an Azerbaijani court in Baku on 5 December in which she was accused of provoking the attempted suicide of Tural Mustafayev.

Ismayilova was arrested following the accusation of Mustafayev, a former contributer to Radio Azadlyg and another opposition media platform, Meydan TV, that she was the cause of his attempted suicide. Before Ismayilova’s arrest, 15 police officers went to her house and conducted searches.

“This is an absurd charge against Ismayilova by the authorities to silence critical voices in Azerbaijan,” said Ricardo Gutiérrez, the EFJ General Secretary.

“It is clearly an another attempt by the government to intimidate journalists like Ismayilova who dare to report the truth and spoke out against the authorities in the country.”

Ismayilova, an Azerbaijan investigative journalist who has published a series of exposes on government corruption, has also been charged with libel in a separate case. In October, the EFJ together with the International Partnership Group on Azerbaijan has condemned the ongoing harassment and politically motivated criminal charges against her.

Ismayilova was searched for five hours upon arrival at the airport and given a travel ban following her trip to the Parliamentary Assembly of the Council of Europe (PACE) in Strasbourg.