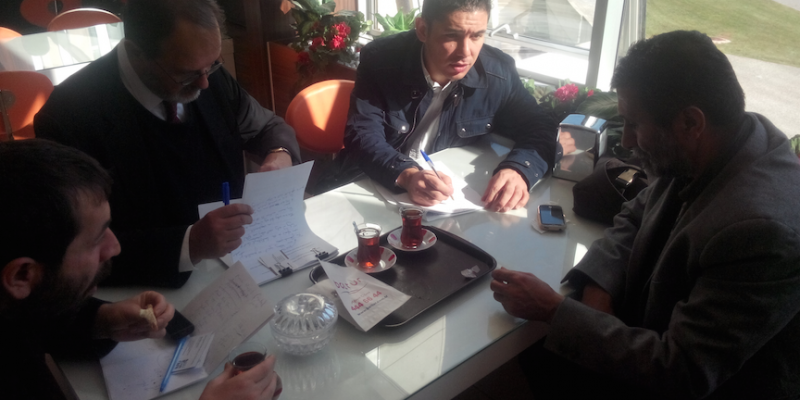 
The 3rd High Criminal Court in Istanbul has today (05/11/2014) proceed to the hearing of the KCK Press trial where 46 journalists and media workers are being prosecuted for being a member or doing propaganda work on behalf of an illegal terrorist organisation. The European Federation of Journalists‘ (EFJ) Project Officer Mehmet Koksal, the International Publishers Association (IPA)’s Director José Borghino and the head of Istanbul Branch of the Journalists Union of Turkey (TGS) Gökhan Durmus have attended the hearing in solidarity with the accused journalists.
During the court hearing, the defendants lawyers argued about the unconstitutionalilty of the current judicial procedures based on article 1 of the law number 6526 and article 14/4 article of the law number 3713 and they asked therefore the judges to sent this case for prejudicial decision to the Constitutional Court. The lawyers also asked the court to lift the travel bans and arrest orders still affecting some defendants. All those resquests have been accepted by the 3rd High Criminal Court, the case has been officially sent to the Constitutional Court and the next hearing has been scheduled for the 10th of April 2015. After the hearing, EFJ-IPA-TGS representatives had a meeting with the journalists and their lawyers to assess the case.